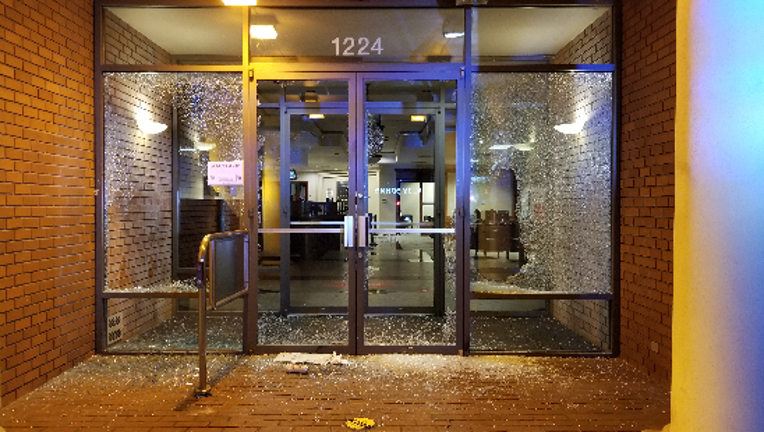 Seattle Police said in an online statement Monday they received numerous reports Sunday night around 10:15 p.m. of individuals marching from Cal Anderson Park in Capitol Hill, along 7th Avenue and Madison, some smashing windows of businesses.

Police caught up with the group marching and arrested six people in connection to the property damages.

In total, officials said eight businesses were damaged Sunday night. Two people arrested were booked into the King County Jail. The other four were released with pending further charges.

These damages come just weeks after many businesses and property damages occurred in late July, one massive fire set to a construction site at a King County Juvenile Detention Facility along 12th Avenue in Seattle by dozens of protesters.

Over fifty people were arrested in a riot that occurred in late May during demonstrations in downtown Seattle and Capitol Hill.