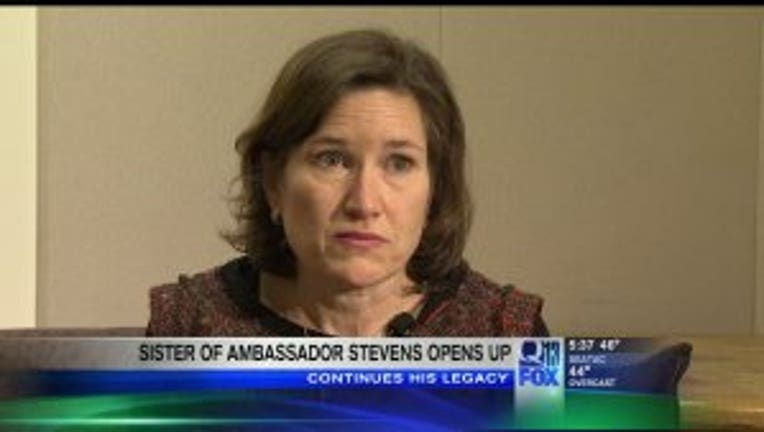 TACOMA -- At Pacific Lutheran University in Tacoma, hundreds gathered Thursday to hear about the life and work of the late U.S. Ambassador Christopher Stevens, who was killed with three other Americans during an attack on the U.S. Consulate in Benghazi, Libya, on Sept. 11, 2012.

The event was titled “Rock the Casbah Memorial Lecture: Challenges and Solutions in the Middle East.” It was held in honor of Christopher Stevens.

For his sister, Anne Stevens, who is a pediatric rheumatologist at Seattle Children’s Hospital, memorials such as this bring pride and also pain.

"Every event that we have like this makes my heart heavy, of course,” Anne Stevens said Thursday. “We miss him a lot, but we’re glad that he had such a wonderful life and that he’s honored by the world like this."

In the weeks following the attack, reports surfaced that Stevens and his diplomatic team had sent a request to the State Department for better security before the consulate was overrun by a Libyan mob.

But Anne Stevens had only high praise for the State Department.

“A diplomat's job in a country still reaching for stability is a dangerous job,” she said. “Chis knew that better than anyone. The State Department is doing everything they can to protect their people.  Of course, it's never going to be perfect."

“I feel really good they were able to do something to move the work that Chris was doing forward,” she said.  “We need to maintain relationships with the Libyan people and help them move forward with their country.”