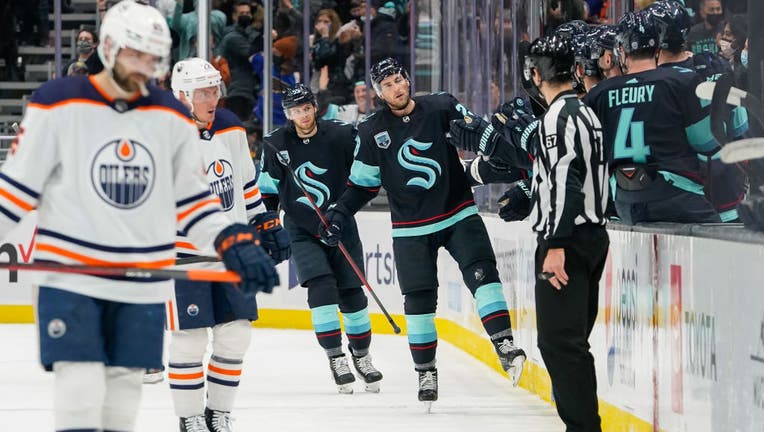 SEATTLE, WASHINGTON - DECEMBER 18: Carson Soucy #28 of the Seattle Kraken celebrates a goal at the bench during the second period of a game between the Edmonton Oilers and the Seattle Kraken at Climate Pledge Arena on December 18, 2021 in Seattle, Wa

SEATTLE - Single-game tickets for the upcoming Seattle Kraken season are on sale now. They became available to the public at 10:00 a.m. Saturday morning.

The Kraken start their second NHL regular season on the road with back-to-back games in southern California on Oct. 12 before returning for a Saturday night Oct. 15 home opener against Vegas.

Seattle Kraken will play an 82-game season. You can see the schedule here.

Before the second regular season begins, Seattle will play home-and-away series with three Pacific Division rivals during late September and early October. Tickets are available for the pre-season games here.