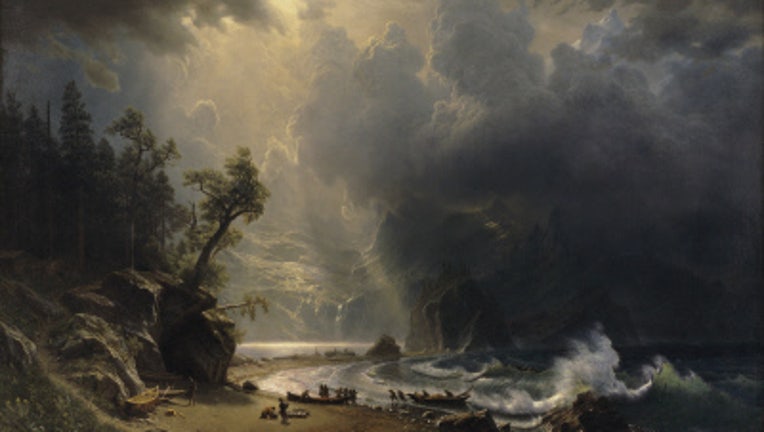 WILLIAMSTOWN, Mass. (AP) — A Massachusetts art museum is collecting on its Super Bowl wager with a Seattle museum.

Albert Bierstadt's 1870 painting, "Puget Sound on the Pacific Coast," is being unveiled Friday at the Clark Art Institute in Williamstown.

The Clark won a three-month loan of the piece from the Seattle Art Museum in a Super Bowl bet.

To mark the arrival of Bierstadt's piece, the Clark will offer free admission on Monday to anyone wearing Patriots or Seahawks gear.