SEATTLE -- Putting a baby to sleep may seem simple, but if done wrong infants are at great risk of SIDS, or Sudden Infant Death Syndrome.

Kyle and Amanda Uphold's baby girl Eve died in May 2013 at First Nest, a licensed in-home day care in Seattle, during her afternoon nap.  The state found the provider, Rhonda Hopson negligent because she swaddled Eve, put her in a portable crib with a loose waterproof pad and left her unattended for more than an hour.  When the provider finally checked on Eve, she was rolled on her face and not breathing.

“We believe it was preventable.  If she was in a safer sleep environment and monitored like she was supposed to be...,” said Kyle Uphold. 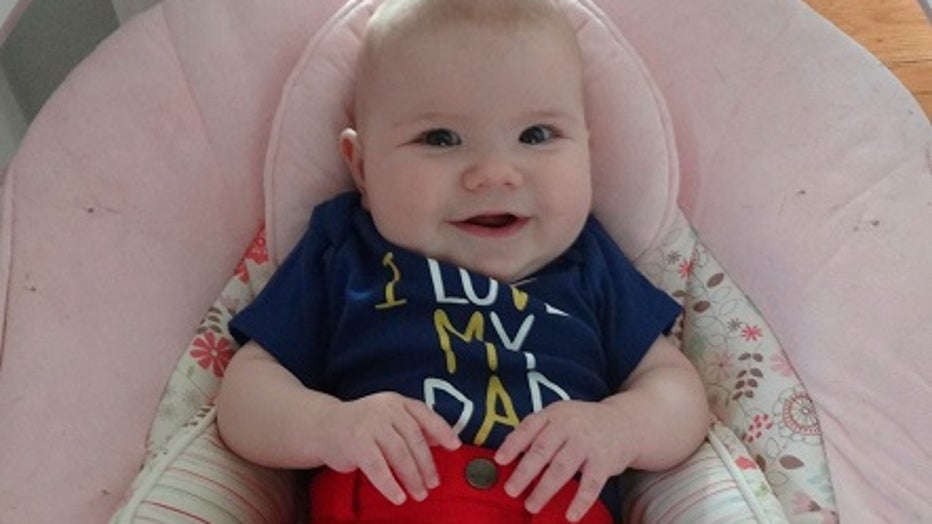 Eve Uphold died of SIDS while in a Seattle day care. (Photo courtesy of Uphold family)

“When I first heard of Eve's death, I felt a tremendous amount of guilt that had we done something more, Eve's death could have been prevented,” said Hazzard.

Hopson put baby Graham to sleep in her adult bed on his side, surrounded by pillows and left the house.

“No one had followed up with us and said, ‘Were you aware your child was being placed on an adult bed for napping?’  We were not aware of that,” said Hazzard.

Q13 FOX News brought this story to state Rep. Ruth Kagi, D-Lake Forest Park, and she has drafted not one but two bills to better protect children.  The first, HB 2165 requires a child fatality review any time there is a death in a licensed day care.  A panel of experts would then make recommendations on policy changes and the report would be made public and posted online.

“I personally, after reviewing this case and looking at deaths in licensed child care facilities, found that over half of them are SIDS deaths, so it is a life and death issue,” said Kagi.

Kagi decided to draft another bill after seeing the Q13 FOX News story.  HB 2695 would revoke a provider's license after a second sleep-related safety violation.

“One violation is one too many.  One incident of a provider failing to comply can result in a child's death,” said Erin McCann of the Office of the Family and Children’s Ombuds.

If this law were in place already, Hopson would have been shut down years ago.  We took a look at Hopson's licensing history file and over the years, found repeated sleep-related violations.  In March 2004, Hopson put a 3 month-old baby to sleep in a car seat in her bedroom.  The Department of Early Learning inspector told her that was not allowed because it restricts a baby's airway, making it harder to breathe and increasing the risk for SIDS.

In Hopson's own parent handbook she has a “napping” section that said “all infants will be napped on their back, in a crib to reduce risk of SIDS”, but it's clear that did not happen.

During inspections, documents show Hopson would get “defensive and angry” when asked about an  unapproved bedroom where she was putting babies to nap out of her line of sight.  In 2005, we saw another note that Hopson had been using a small room off the main day care space for sleeping that was not approved.

“The licensors were saying, ‘Hey there's a problem here and we're seeing this’ -- but no one was taking action with that information,” said Kyle Uphold.

In July 2008 a licensor again noted that infants were being swaddled and put to sleep in a dark room to sleep.  The supervisor reminded Hopson that the babies must nap in the main child care room where they could be easily observed.  The inspector wrote that Hopson “did not state that she will comply” and recommended that this topic continue to be discussed further with her and monitored during regular licensing contacts.  Four months later, a supervisor found Hopson still hadn't complied.

“I felt like, with our provider, there was no real consequence for years and years and that she didn't take it seriously.  Why would she?  There were no repercussions,” said Amanda Uphold.

Aileen Carroll is the director of the Northwest Infant Survival and SIDS Alliance and she, too, lost a child to SIDS in a licensed day care.  Her baby girl Lucy died when she was 3 months old during a nap.  The provider in that case put Lucy to sleep on her stomach.

“I think it's unacceptable.  I think that there is a problem in our system for not holding people responsible who say they’re going to take care of other people's children,” said Carroll.

Since her daughter's death, Carroll has fought to educate parents and providers on the importance of safe sleep.

At a bill hearing in Olympia earlier this month, the owner of all KinderCare facilities in Washington opposed the bill, saying it goes too far.

“We do believe the 2 strikes you're out is a bit problematic.  This would be the first incident in the United States where you would have an automatic revocation,” said David Foster.

Many feel the law is needed and that sleep related violations are a broad problem.  We requested the case files for day cares in Washington with the most complaints.

The Department of Early Learning visited Aunt Bee's Honeycomb day care in Richland 18 times in the past three years and each visit found serious infractions.  On at least two occasions they found babies sleeping unsupervised in cribs.

HB 2165 has already passed the state House of Representatives, 93-5.  HB 2695 is still in the House for committee review.