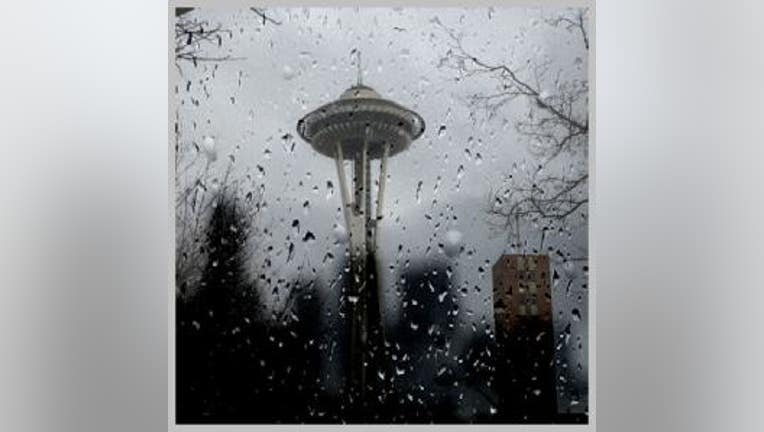 A soggy start to our Monday here in the NW. The rain looks to take a break later this morning and the afternoon looks mostly dry with just a few passing showers. A normal high temp for Seattle this time of year is about 47 degrees. While we hit that on Sunday right on the nose-- we're going to be a bit warmer today, around 53 degrees. Other parts of the region: 50-55 Portland/Willamette Valley/Puget Sound, 49-55 Coast, mid 40s in Central WA. High wind warning from the S. Washington coast to the California border, with wind gusts at the headlands up to 65 mph. Winter Weather Advisory for the Cascades in OR and WA until 10am. Most of the snow will be above the major passes today. Snow expected over the Santiam and Willamette Passes. Carry those chains/traction tires—it’s just that time of year.

Tonight, however, the rain and wind return to the region. Snow mostly above the passes. Tomorrow looks like a soaker with rain and wind on/off all day. Tuesday looks like the wettest day of this week.

Showers for Wednesday and Thursday as a colder airmass works it’s way into the region. High temps will be in the 40s instead of the 50s. Snow levels look to be significantly lower on Friday and Saturday. But, the colder airmass is a drier airmass—so there’s not much moisture available to give us much accumulating snow. Snow levels will hover around 1,500 feet in Western Washington, about 2,000 feet in Oregon. Regardless, this will mean more snow for the resorts.