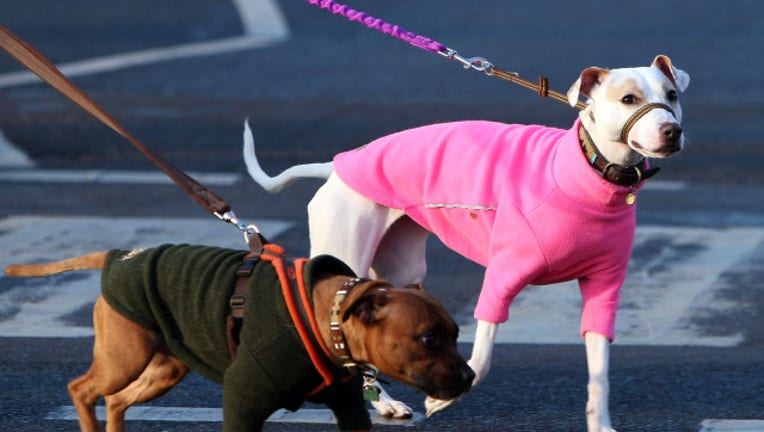 BRITISH COLUMIA -- Animal rights activists in Canada say a dog walker should be charged with animal cruelty after six dogs died inside her truck on a hot day.

Originally, the dog walker told the pets' owners that they had been stolen on May 13, the British Columbia Society for the Prevention of Cruelty to Animals said in a statement released Monday. But she later admitted they'd died in her care, the SPCA said.

The SPCA, which is leading the investigation into the alleged mistreatment of the dogs, will recommend that authorities pursue animal cruelty charges, said Marcie Moriarty, the organization's chief prevention and enforcement officer.

For days, the search in Langley, British Columbia, for the missing dogs -- Buddy, Teemo, Oscar, Mia, Salty and Molly -- drew attention online and in media reports as owners asked the public for help tracking them down and tried to raise money for the cause.

The dog walker at first told police that they'd gone missing after she left them in the vehicle while she was inside a bathroom at the dog park, Canadian public broadcaster CBC reported.

She later confessed to private investigators that they'd died in her vehicle.

The dog walker admitted she was inside a business for about 45 minutes and left the dogs inside her vehicle, said Alesha MacLellan, a spokeswoman for Petsearchers Canada, a detective agency brought in by owners to help find missing animals.

All six dogs perished from heatstroke, the agency said.

The Royal Canadian Mounted Police confirmed the dogs' deaths last week and said that they were still investigating, adding that no charges had yet been filed.

Prosecutors will have the final say on whether to charge the dog walker, Moriarty said.

On a Facebook page and fund-raising site dedicated to the dogs, owners said they were planning to hold memorials for their pets.

"These dogs were our worlds and now we are all devastated and heartbroken. I am not sure if we will ever truly mend from this," wrote Jenn Myers Ortner, whose black and white Boston terrier Buddy was among the dogs who perished. "The tears just won't stop."