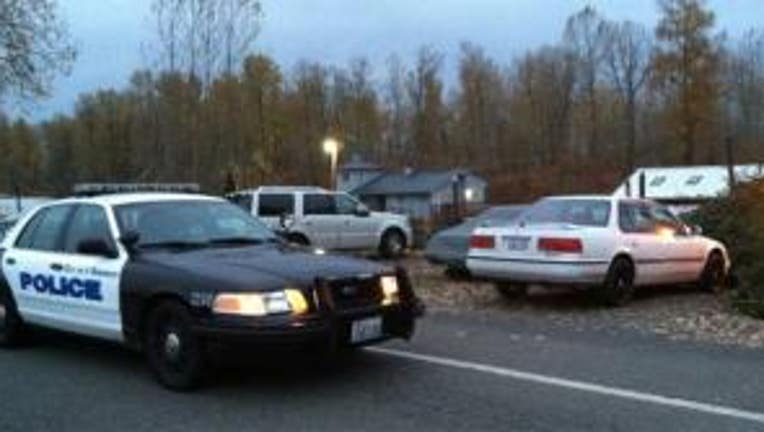 VANCOUVER, Wash. -- An Oregon man said he was kidnapped in east Vancouver, brought to the west side of the city and then shot early Wednesday and left for dead. Desperate, he walked a mile across a rural field to knock on homeowners’ doors for help.

From Vancouver Lake Park, where he was robbed and shot, the wounded 37-year-old man walked a mile through a wildlife refuge to Kadow's Marina, where he was seeking help, police said.

"I heard a bunch of screaming and yelling to call 911 and he said he had been shot," said one man who called police.

Surveillance video from the marina shows the man walking down the dock, desperate for help from anyone around. He pounds on several doors, trying to get someone's attention; a resident eventually called 911.

"They came and put him on a stretcher and cut his clothes off. He was all covered in blood and he told medics that he had been shot four times," said one man who lives at the marina.

Police and paramedics responded to Kadow's Marina on Lower River Road around 4 a.m. after the homeowner called 911. When they arrived, they found the victim with a gunshot wound. He's expected to survive the shooting.

Police said the shooter fled in a black 2012 Nissan Sentra with an Oregon temporary plate in the window and license plate frames from "Beaverton Nissan."

Detectives said they don't believe there's a threat to the public, despite no arrests being made. They could be seen performing a K-9 search in the wildlife refuge next to the marina.

To see updates and a new video related to this story, click here.