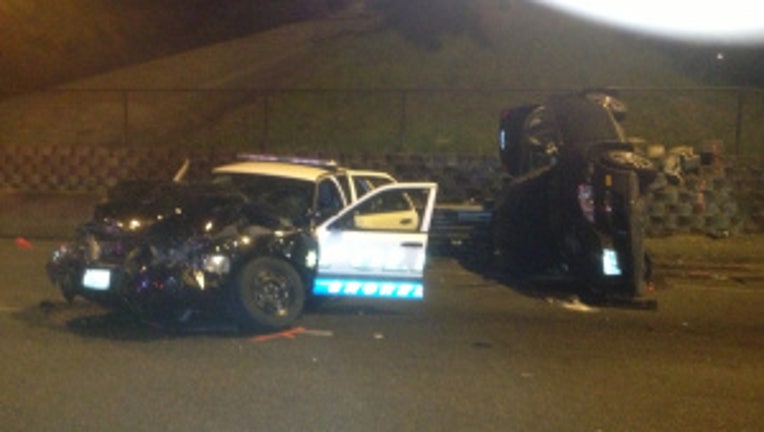 The woman and the male deputy were transported to Harborview Medical Center by the fire department.  Their conditions are not thought to be serious, West said.  The woman was booked on suspicion of DUI.