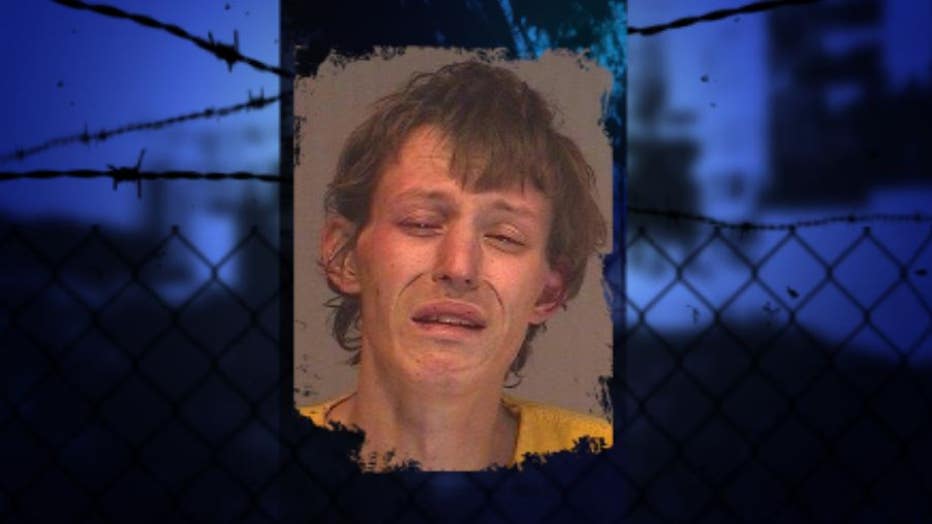 FUGITIVE CAPTURED November 3, 2014 -- It was a shoplifting bust that got Douglas Shudarek arrested on Monday. He was booked into the Spokane County Jail on several charges, including the two burglaries he was featured on WMW for. FUGITIVE WANTED IN SPOKANE COUNTY October 31, 2014 -- A photo says a thousand words -- and this mugshot of Douglas Shudarek tells us he was definitely not having a good day when it was snapped. He's wanted in Spokane County, where he's accused of busting into two homes within minutes of each other. Detectives say they found him hiding inside the second house and had to use pepper spray to get him out. They say he wouldn't put his hands up because he was trying to hide a screwdriver. He's also wanted for another burglary where he's accused of stealing a bunch of copper pipe from a construction site. Let's help Spokane County detectives get him caught, and see what his next mugshot looks like. If you know where Douglas Shudarek is, call an anonymous tip into: CRIME STOPPERS: 1-800-222-TIPS You must call the Crime Stoppers hotline with your tip to be eligible to receive a cash reward for information leading to a fugitive’s arrest. Click here for information on how to text a tip to Crime Stoppers.