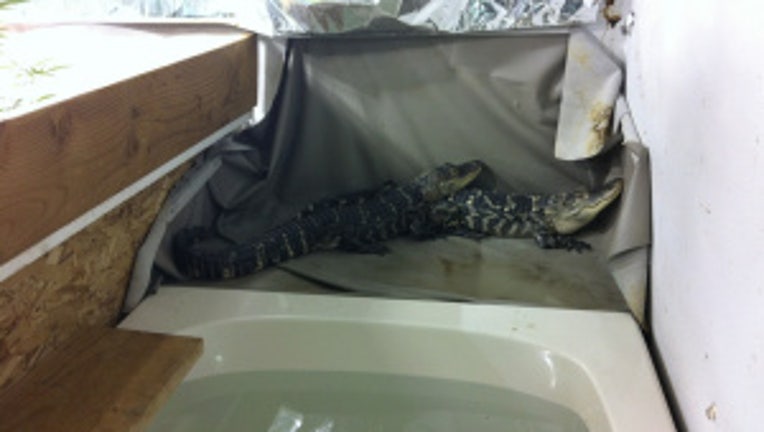 OLYMPIA -- When Thurston County sheriff's detectives arrested a 41-year-old suspect in connection with a shooting, they searched his home and discovered an alleged marijuana grow operation and two alligators, authorities said.

The shooting took place in the Scott Lake area Monday evening. The suspect initially told detectives that he had fired on an acquaintance in self defense; police said they later determined that was not true.

The investigation revealed that the suspect got into an altercation with the 30-year-old victim and that the  cause of the  dispute could be related to a drug deal. Evidence of an alleged grow operation was uncovered, along with the alligators -- the Sheriff's Office said it will work with Animal Services to determine what to do with the alligators.