RENTON, Wash. -- Seahawks coach Pete Carroll on Monday defended Richard Sherman as "a very emotional" player and said he sat down with his star cornerback and talked about his remarks after Sunday's victory over the 49ers because "he caused a stir that took something away from the team."

"The emotion of it, I understand it," Carroll said of Sherman and all players who compete at a high level and then are asked to comment to the media right after a game. "This is a very emotional kid.

"We did sit down and talk about it," Carroll said at his Monday news briefing, "because I want him to present himself in his best light.... The last thing he wanted to do was take something away from our team.

"He caused a stir that took something away from the team. He didn't feel right about that, so he came out and made a statement (Monday). And we support him in that." 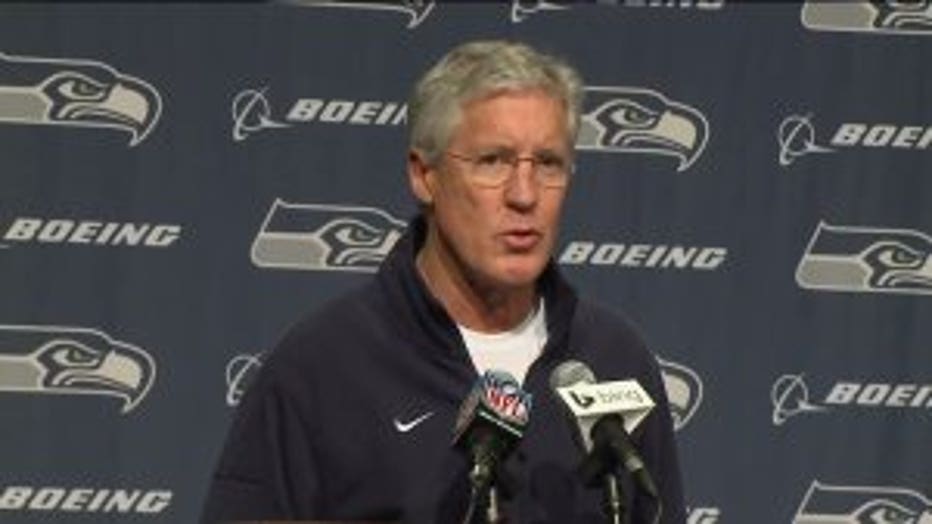 Sherman set the social world on fire Sunday night when, immediately after winning the NFC Championship Game, he appeared angry in a FOX Sports interview on the field when he declared himself  the best cornerback in the NFL and called 49ers' Michael Crabtree a "sorry" wide receiver. He kept up his criticism at the postgame news conference, calling Crabtree a "mediocre" receiver.

On Monday, Sherman apologized. "I apologize for attacking an individual and taking the attention away from the fantastic game by my teammates," Sherman told ESPN's Ed Werder. "That was not my intent."

“It was in the moment, and it was just a small part of the person I am," Sherman wrote in an op-ed article for Sports Illustrated Monday.  "I don’t want to be a villain, because I’m not a villainous person. When I say I’m the best cornerback in football, it’s with a caveat: There isn’t a great defensive backfield in the NFL that doesn’t have a great front seven…

Carroll, at his Monday news briefing, also said that he thinks there is "a very good chance" that Percy Harvin, who suffered a concussion last week, will be able to practice on Wednesday.

The coach also said that the team would leave Sunday for Super Bowl week in New Jersey and prepare for the Denver Broncos.  The Super Bowl is Feb. 2.