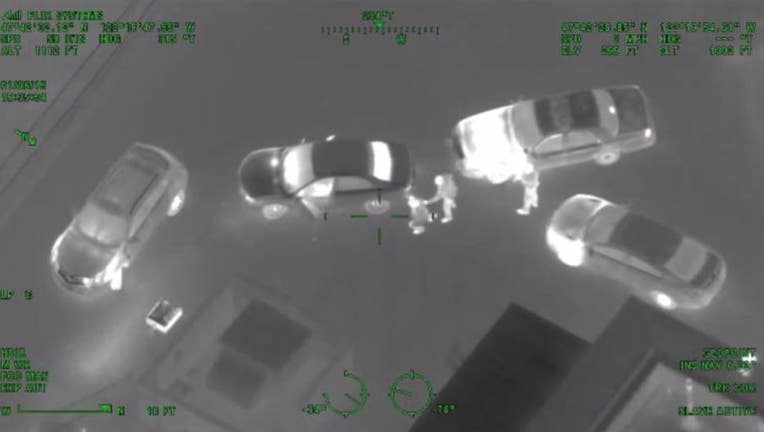 SEATTLE -- Seattle police worked with the sheriff's helicopter to track a stolen car and arrest the driver Tuesday evening.

According to police, Major Crimes Task Force detectives were looking for a man who was driving a stolen car through the Northgate area. The driver is suspected to be involved in other neighborhood crimes.

King County Air Support's Guardian One helicopter was called in to track the suspect's "circuitous" route. The chopper led officers to the stolen car when the suspect stopped at a fast food restaurant.

Detectives took the suspect into custody. He was being interviewed and then booked into King County Jail for investigation of auto theft.