CHEHALIS, Wash. -- The Lewis County Sheriff's Office is seeking information on the whereabouts of 33-year-old Elizabeth A. Pham.

Detectives say Pham, of Centralia, was last seen Saturday morning in the area of Exit 59 off Interstate 5 in southern Lewis County.

“She’s married with three kids and she’s a dental hygienist in the area and very well known and loved by people in the area so people are very concerned about her well-being right now,” said her friend Kandi McDonald.

“What we know so far is that she drove her car to just before Milepost 58, got out and left it running, walked in purple and white polka-dot pajama pants, a purple top and no shoes, walked from there to GeeCee’s Truck Stop, where she attempted to get a ride where she attempted to get a ride with a truck driver who was heading to Redding, CA. Employees there stopped her from getting into the truck and called a cab. She informed the cab driver that she needed to get to Olympia. When the cab driver got there, he took her to her car where she removed her makeup bag and a couple of items out of trunk and headed back where she requested he let her off at the Vader exit at the Shell station. We know at that point she went into the shell station for about 20 minutes, did not buy anything. We believe she went into the Beasley’s restaurant, also did not order anything and she was last seen heading towards the (Cowlitz) river and around  12 o’clock we believe she was spotted sitting under the trestle staring out at the river,” said McDonald.

If you have any information on her whereabouts, call police or detective Jeremy Almond at 360-748-9286. 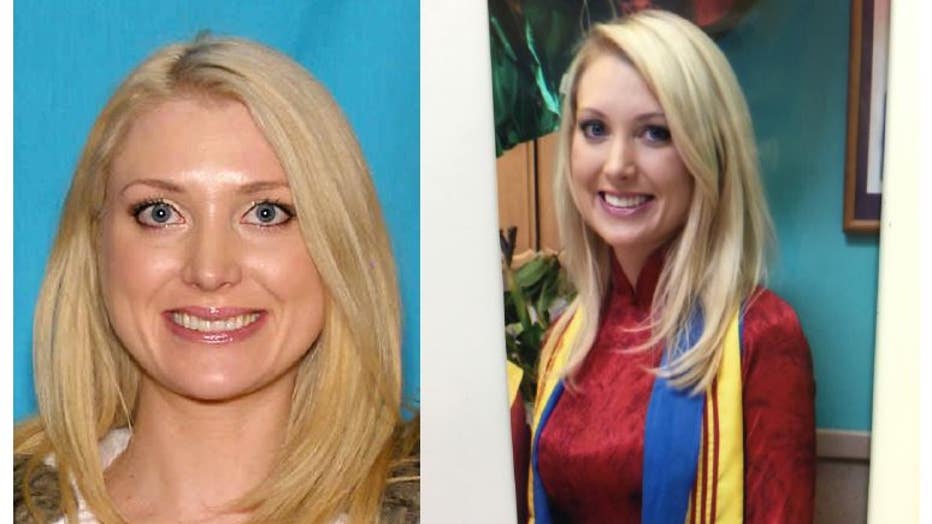