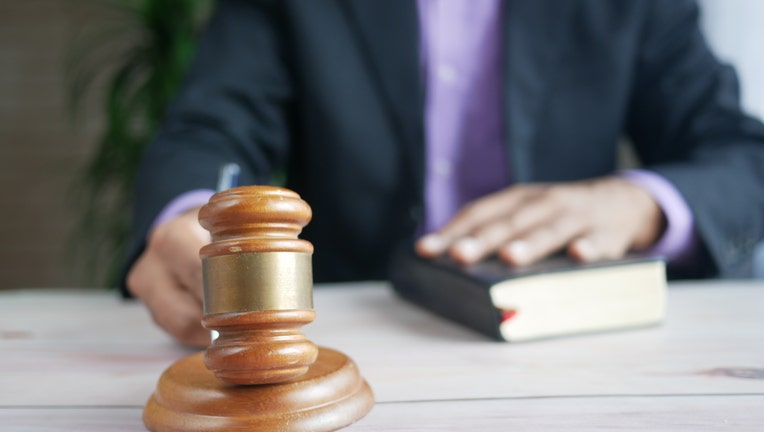 SPOKANE, Wash. - A former county sheriff in Washington state has pleaded guilty to charges relating to his role in trying to cover up his son’s alleged drunk driving crash.

Former Lincoln County Sheriff Wade Magers pleaded guilty on Wednesday to one count of rendering criminal assistance in the third degree, KREM reported. He was sentenced to 40 hours of community service.

Mager’s son was involved in a vehicle rollover crash west of Spokane in Creston, Washington, at about 10 p.m. on Feb. 11, 2021. Court documents said Magers contacted his brother to pick him up and told his girlfriend he was going to his parent’s house.

According to documents, he told dispatch that he swerved to miss a deer and ran off the road.

Deputies went to the scene of the crash early on Feb. 12. A deputy noticed the tire marks and path of the car were not consistent with a swerving vehicle. At 2:30 a.m., deputies called Magers to see if he knew where his son was. Magers told deputies he believed his son went to a hospital to seek treatment.

The deputy tried to contact Magers’ son that day but wasn’t able to reach him until Feb. 13. During their conversation, Magers’ son admitted that he didn’t swerve to avoid hitting a deer but was reaching for his phone when he drove off the road, documents said. He said he was speeding but denied using drugs or alcohol, resulting in him getting a citation for speeding, court documents said.

Magers’ son’s girlfriend contacted the sheriff’s office that day with accusations that Magers told his son to tell police that he swerved to hit a deer and that Magers and his wife refused to let their son seek medical attention until his blood alcohol content was zero, according to court documents.

Magers’ son’s girlfriend told deputies that she believed Magers’ son might have had internal injuries from the crash that he was prevented from getting checked out.

The Grant County Sheriff’s Office a few days later was requested to conduct an investigation into the girlfriend’s allegations, documents said. A detective interviewed Magers’ son, his girlfriend and another friend.

The deputy later contacted Magers to ask if he would provide a statement regarding the incident, which he declined to do. The deputy concluded Magers could potentially be charged with obstructing a law enforcement officer, making a false or misleading statement to a public servant and third-degree rendering criminal assistance.

In April 2021, Magers’ son told deputies that his injuries from the crash included broken ribs, a compression fracture in his back, a pinhole puncture in his lung and bruising, according to court documents.

Magers’ son told deputies that he was not honest about the cause of the crash because he worried about his and his father’s jobs. He also said he consumed at least eight 16-ounce beers before driving, documents said.

Magers retired from his sheriff position in June. He began his career with the Lincoln County Sheriff’s Office when he was hired as a patrol deputy in 1990.