PORTLAND, Ore. -- The Multnomah County Sheriff's Office has confirmed that there has been a renewed search for a 7-year-old boy who went missing in 2010.

The Oregonian reports that investigators this weekend searched off U.S. 30 for Kyron Horman, who was last seen in June 2010 after his stepmother Terri Horman dropped him off at his Portland school.

Capt. Steve Alexander said he couldn't comment on the reason for the search or what the investigators were looking for, but confirmed the search was connected to Kyron and that the case is still active and ongoing.

The case has had a recent renewal of publicity as Terri Horman appeared Wednesday on "Dr. Phil." 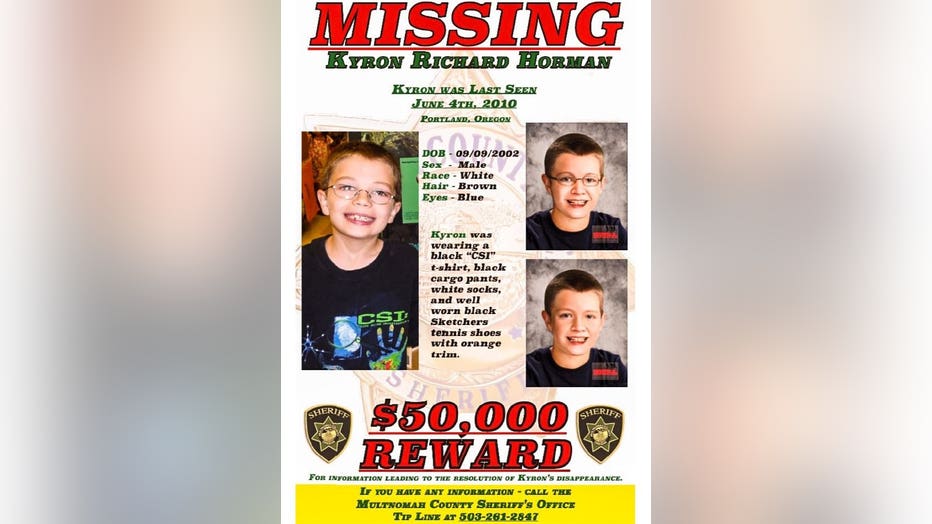