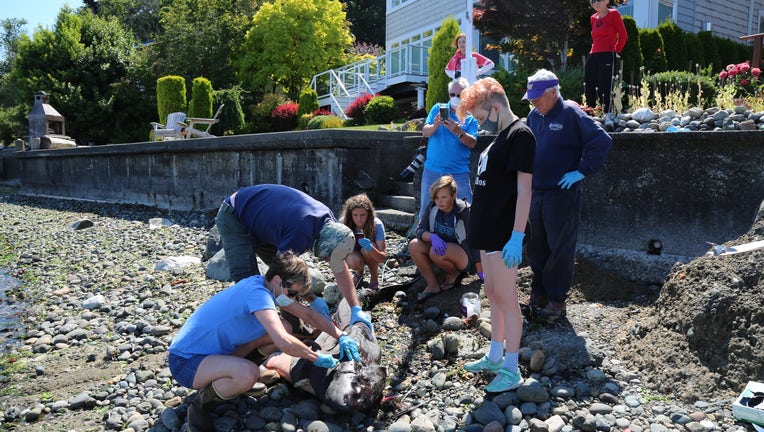 BAINBRIDGE ISLAND, Wash. - A six-gill shark was found washed up on the shore of Bainbridge Island on Monday after ingesting fishing gear.

Lisa Hillier from the Washington Department of Fish and Wildlife says it was a coastal serf perch rig that got stuck in the shark's stomach.

Six-gill sharks are can be found worldwide, but they are common in the Puget Sound during the summer, according to Hillier.

"The reason that they are in the Puget right now is because they're pupping, so this is their nursery habitat, which is why it's not really unusual to see a six-gill wash up occasionally. We do get some every few years," Hillier said.

These sharks are also not a cause for concern as they are known to avoid people.

This is the third shark to wash ashore in 2021. Hillier expressed the importance of maintaining a clean and healthy sound while urging fishermen to keep lines fresh to avoid breakage and letting go of sharks immediately if they are caught in a line or on a hook. 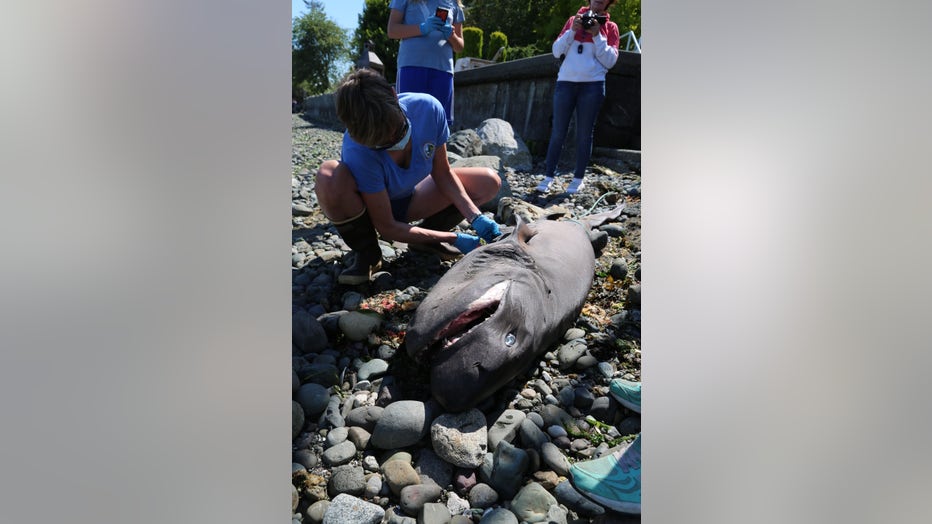