CENTRALIA, Wash. -- A Lewis County man convicted of raping a teenager when he was working as a group-home manager in 2008 is back on the job, but this time it’s at another apartment building. 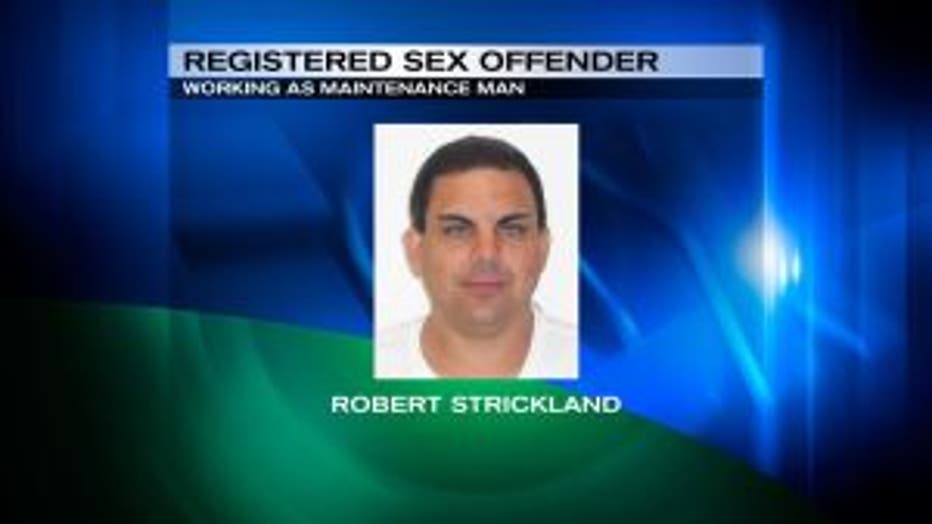 And while he’s not doing anything illegal, the residents at his new place of employment had no idea their maintenance man is a Level 2 sex offender.

The owner of apartment complexes in Centralia and Chehalis who hired Robert Strickland as a maintenance man says that he knew he was a registered sex offender. He gave Strickland the job to give him a second chance.

But neighbors say they’re ready to move out.

“He has keys to all these apartments,” Jennifer Ames said. “I don’t even know how a sex offender is allowed to have a job around kids like that.”

“It’s not OK,” Jamie Church said. “He’s not the one I want my kids to go to, if they’re in danger or anything.”

Strickland was convicted in 2008 of child rape and child molestation. His new tenants had no idea of his sex offender stats and police worry he could re-offend.

“He’s gone back into a trade that’s legitimate. However, the concerns are real due to his past and his propensity to re-offend,” Lewis County Sheriff Steve Mansfield said. “That’s why he’s a Level 2.”

Mansfield added that even though the property owner is not legally required to inform residents about Strickland’s status, he believes it’s the right thing to do.

“He has access to their apartments and has reason to contact people and there’s kids around,” said Mansfield. “There are no restrictions due to his classifications to who he can be around.”

Strickland’s only had his new job for a month. His boss said Strickland has access to three apartment buildings in Lewis County.

Resident Greg Herriges said his neighbors have nothing to worry about and Strickland is his friend.

“Yes, he has a sex offense, but we all make mistakes,” Herriges said. “He made a mistake. He’s trying to better from it and I honestly see him as no threat to my family.”

But other tenants aren’t so sure they want to stick around to find out.

“We’re looking for a new place; we’re trying to get out of here, it’s not safe,” Adams said.

“In two weeks we’re out of here,” said Church. “We’re breaking our lease. He’s probably going to take us to court on that, that’s fine.”

Strickland’s boss, the owner of the buildings, said over the phone that he stands by Strickland. He also said he may sue the tenants who move out if they break their lease.