LAKEWOOD -- Behind an aging rock wall in Lakewood is the Children’s Study and Treatment Center. It’s the state’s only psychiatric hospital for kids, run by the Department of Social and Health Services.

Attorney David Moody's client, a woman named Crystal, was sent to the treatment center in 2003 when she was just 13. During her months there, she says, she was repeatedly raped by a male counselor named Tony Grant.

“She would talk about him constantly. He would give her gifts and when I would go and visit her and look on her wall in her room, her wall was plastered with posters of him,” said Crystal’s foster mother, Corrie Tienhaara. 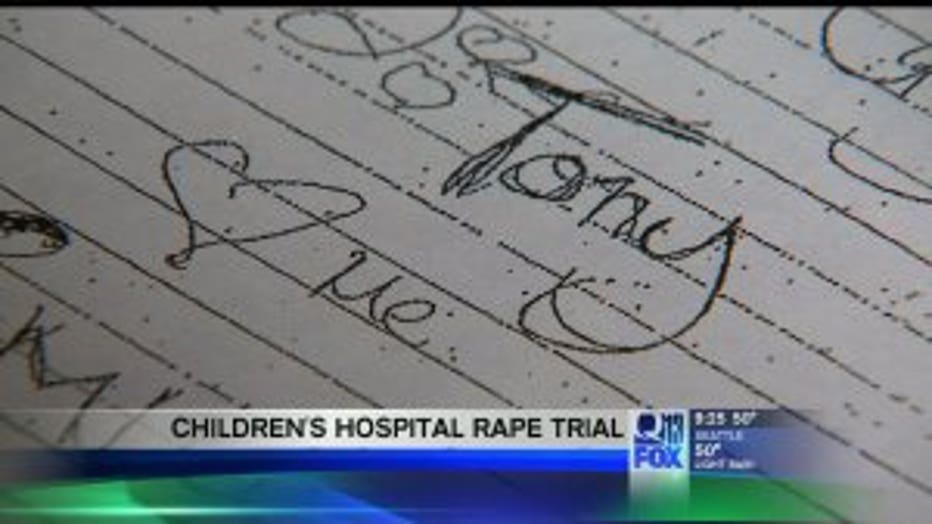 Posters, love letters and sexually suggestive drawings that all had counselor Grant’s name on them. Tienharra said she repeatedly voiced her concerns about the relationship to hospital staff.

“If you are a man who is supposed to work with mentally ill children and you see this type of obsession starting, you would stop it immediately,” said Tienhaara.

Instead, Tienhaara said, she learned from e-mails that she discovered that Grant continued to spend time with Crystal, often just the two of them alone.

Crystal later told her foster mom that the canteen is where Grant allegedly took her to have sex, which she claims happened every day for more than three months. Grant was also allowed to chaperone outings with Crystal and other female patients. It was during these outings that Crystal said the abuse continued, even at a public movie theater.

It wasn’t just worried parents or outsiders who voiced concerns. A few years before Crystal’s time at CSTC, the director of nursing services at the facility repeatedly wrote to CEO Mary LaFond and even then-DSHS Secretary Dennis Braddock reporting rampant sexual activity among minor patients and staff abuse of children in their care. She also said documentation and investigation of violations was inadequate or even ignored, but no one listened.

“The people that are right there should have been protecting her from that. It makes me really angry,” said Tienhaara.

In a termination letter from January 2004, DSHS acknowledged Grant sexually abused Crystal. Grant was fired from DSHS, charged and later entered a plea deal. He also had to register as a sex offender.

Moody and Crystal have been battling DSHS in court for more than five years. Moody said the DSHS's fighting of the lawsuit has already cost state taxpayers more than $250,000 and he doesn’t understand why the state won’t settle.

“Anyone who looks at the evidence should be outraged that the office of the attorney general and DSHS won’t just call it like it is. They messed up. They damaged this girl for life. We have a (civil) trial coming up and we’ll put it before a jury and I’m confident what the jury’s answer will be,” said Moody.

Messages and e-mails left for the former CEO weren't returned.

The civil trial starts Monday in federal court in Tacoma.