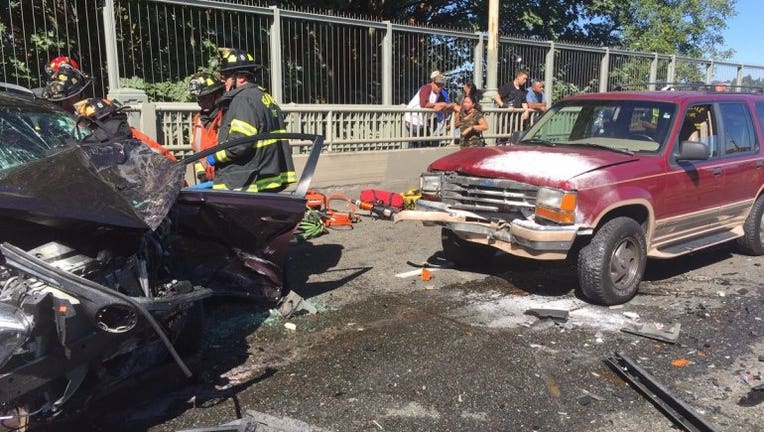 Seattle firefighters said paramedics took two patients to the hospital after a 3-car collision on the bridge around 11:00 a.m.

All southbound lanes and several northbound lanes were blocked for nearly an hour. Tow trucks helped first responders clear the scene. The bridge was back open shortly after noon.

King County Metro alerted riders that buses that use SR 99 across the Aurora Bridge are being rerouted.

The Seattle Department of Transportation asked drivers to avoid the area and use alternate routes like 15th Ave W/NW and the Ballard Bridge, and Interstate 5.