If you’re looking forward to more daylight in the evenings, this will be good news. If you enjoy sleeping, not so much.

Daylight saving time officially begins at 2 a.m. Sunday for most of the U.S., meaning we’ll "spring forward" by setting the clocks ahead one hour.

Daylight saving time is observed from the second Sunday in March to the first Sunday in November, according to the U.S. Department of Transportation. The USDOT has overseen the time change since 1966 when Congress transferred the responsibility from the Interstate Commerce Commission.

Everywhere in the U.S., but Hawaii and most of Arizona observe the time change. To make matters more confusing, Navajo Nation in Arizona does observe DST. Some U.S. territories, including Puerto Rico and the Virgin Islands, also do not change their clocks twice a year. 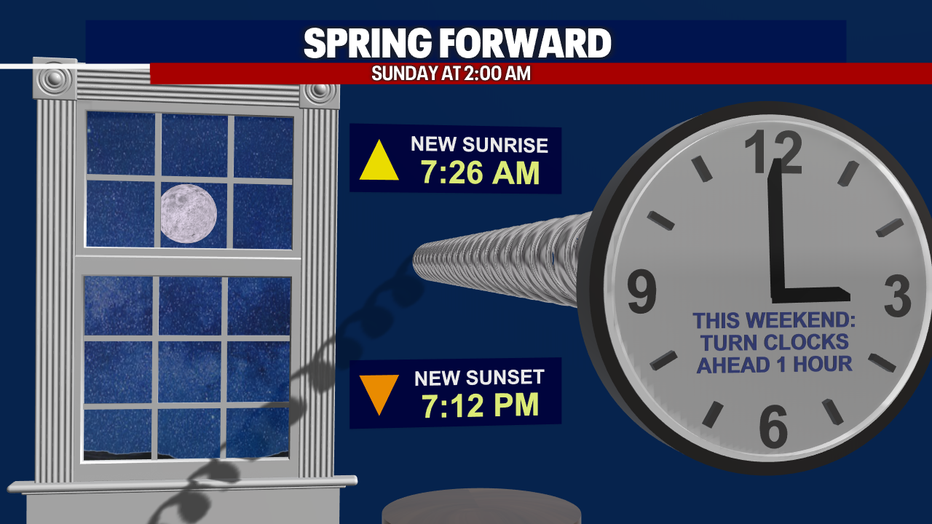 In the past five years, states have increasingly pushed to remain on daylight saving time. According to the Farmer's Almanac, at least 33 have attempted to keep DST year-round through state legislative efforts.

Florida and California state lawmakers voted in 2018 to make daylight saving time permanent, but the change still requires approval from the U.S. House of Representatives. According to the USDOT, Federal law allows an individual state not to observe daylight saving time. Still, it does not allow states to make DST permanent.

Fire safety advocates also use the twice-a-year time change as a reminder for people to test their smoke detectors and change the batteries.