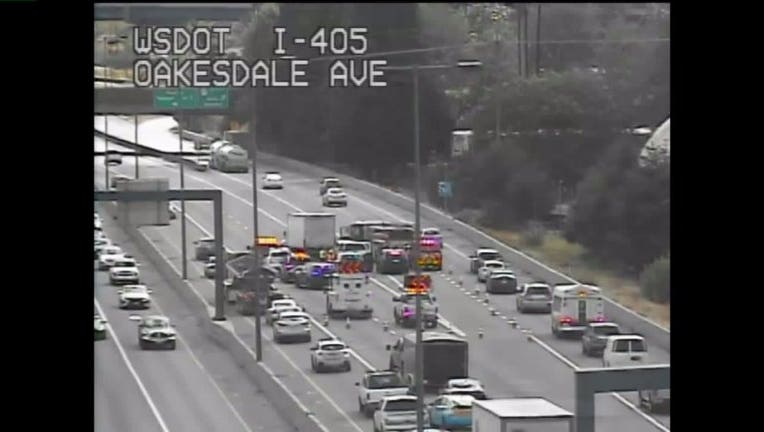 RENTON, Wash. -- Several people were injured in a hit-and-run crash Wednesday morning on Interstate 405 in Renton.

Washington State Patrol Trooper Rick Johnson said the crash happened around 10:00 a.m. in the northbound lanes of I-405 at SR 167.

Johnson called the injuries "serious." He said to expect an extended closure of the two center lanes of NB I-405.

"Please avoid the area since there will be a major backup."

No further details were immediately available.