The 28-year-old suspect was arrested just under a month after the alleged incident and was booked into the Pierce County Jail on three counts of first-degree rape.

PIERCE COUNTY, Wash. - A serial rape suspect is charged with multiple counts of first-degree rape and kidnapping in Pierce County.

According to charging documents obtained by FOX 13 News, 28-year-old Ricardo Villegas Molina is charged in two rape cases, and prosecutors say there are additional incidents with other victims under investigation. 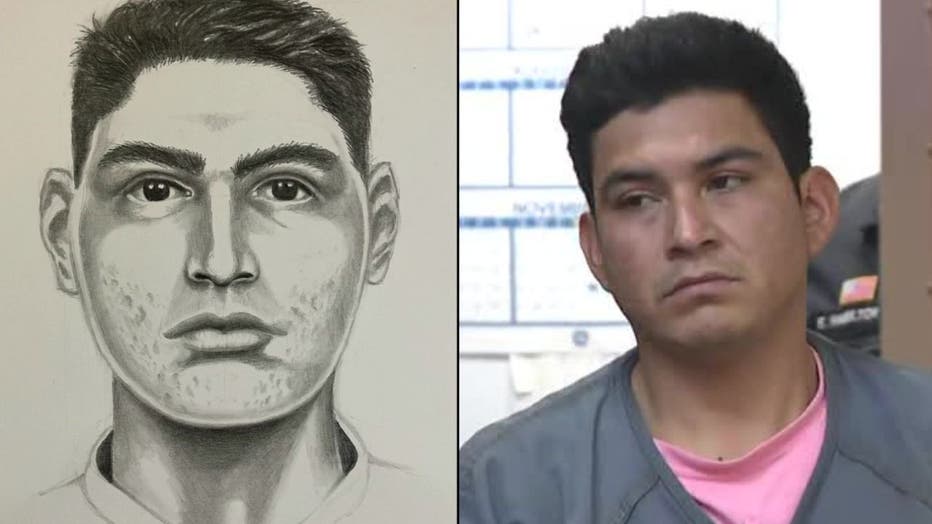 Authorities said the crime happened on Oct. 7 when the victim was walking along 82nd Ave W. and Pacific Avenue around 1 a.m. and got into the suspects' car.

Deputies say he drove her to Pioneer Way, a more secluded area, where she was then attacked and raped at knifepoint. Eventually the victim was able to kick the suspect, run away and flag down a passing car for help.

On Oct. 30, deputies were called to another reported rape in an empty field near Pioneer Way E. A man told them that a woman had knocked on the door and said she had been raped.

According to documents, a man giving a woman a ride pulled out a 6" knife and threatened the victim. Eventually she was able to get out of the car, run away and go to a nearby house for help. Deputies recovered DNA evidence.

"These are the kinds of crimes that we throw all of our resources towards because stranger rapes are less likely to happen," said Sgt. Darren Moss of the Pierce County Sheriff's Department. "When we do have one and this level of violence is involved it's really dangerous to everyone, so we want to make sure that we get this guy before he can do this to somebody else."

Deputies contacted a farm owner in the area where the attacks happened and showed him a sketch of the suspect. The farm owner said he recognized the suspect as a migrant worker from Mexico.

He said Villegas Molina was working as part of a program where workers come from Mexico to work for 30 to 90 days and then return to Mexico. He was scheduled to take a bus back to Mexico on Nov. 5.

A judge set bail at $1 million when Villegas Molina appeared in court. He was ordered to surrender his passport or any documentation that would allow him back into his home country.

A judged entered not guilty pleas. Villegas Molina's next court date is Dec. 7.