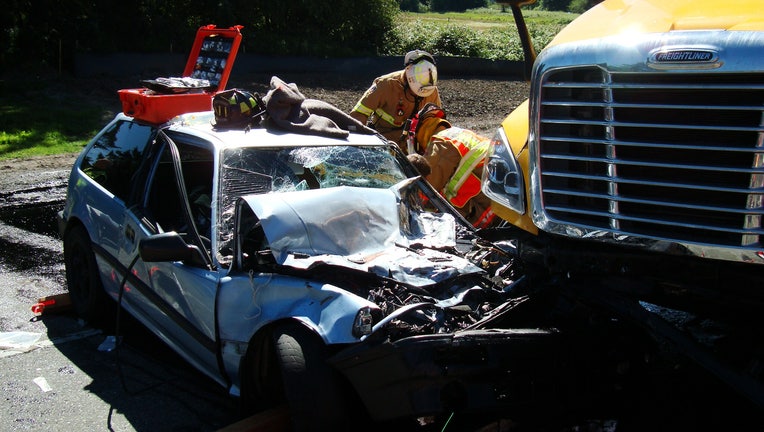 This Honda Civic was totaled after colliding with a tractor-trailer on U.S. 101 near Discovery Bay Tuesday. (Photo: East Jefferson Fire-Rescue)

DISCOVERY BAY, Wash. -- A driver seriously injured in a collision with a tractor-trailer Tuesday on U.S. 101 near Discovery Bay will likely be facing charges for DUI and driving on a suspended license, the Washington State Patrol said.

The driver of a Honda Civic traveling southbound crossed the center line and collided  with a northbound truck, the State Patrol said.

The truck driver wasn't injured, but the driver of the Honda, Benjamin MacQueen, 27, of Sequim, was airlifted to Seattle's Harborview Medical Center with serious injuries.

Harborview said that MacQueen was listed in critical condition.

The State Patrol said it would recommend charges of DUI and driving on a suspended license be filed against MacQueen.