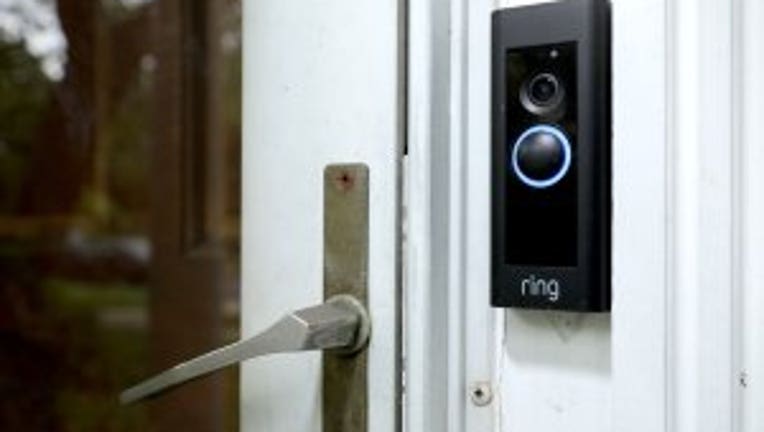 SILVER SPRING, MARYLAND - AUGUST 28: A doorbell device with a built-in camera made by home security company Ring is seen on August 28, 2019 in Silver Spring, Maryland. (Photo by Chip Somodevilla/Getty Images)

WASHINGTON (AP) — A group of Democratic U.S. senators is questioning Amazon about the security of its Ring doorbell cameras following reports that some Ukraine-based employees had access to video footage from customers’ homes.

A letter to Amazon Wednesday from Sen. Ron Wyden of Oregon and four other Democrats said the internet-connected devices may pose national security concerns.

News site The Intercept earlier reported that Ring employees in the U.S. and Ukraine had access to personal data from cameras around the world. The letter asks the company to explain its practices to address security vulnerabilities.

The letter comes after one of the senators in the group, Ed Markey of Massachusetts, on Tuesday released Amazon’s responses to separate privacy and civil liberty concerns.