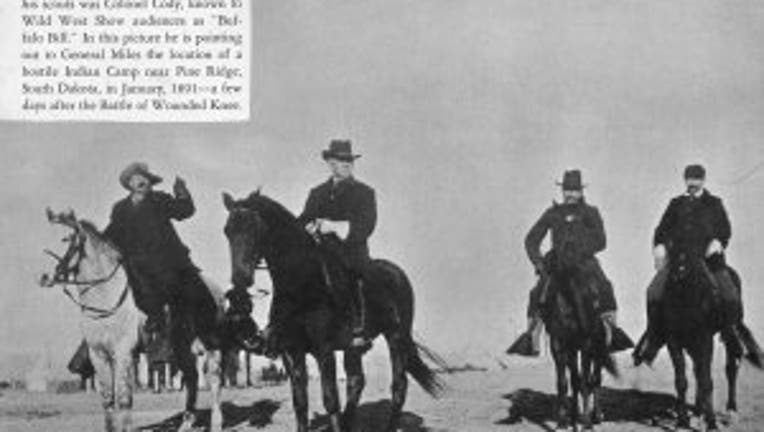 American scout and Indian fighter, William Cody (left), with the American General, Nelson A Miles and two other horsemen near Pine Ridge, South Dakota, a few days after the Massacre at Wounded Knee. (Photo by Herbert Felton/Getty Images)

FARGO, N.D. (AP) — Two Democratic senators plan to introduce a companion bill to a U.S. House measure to revoke Medals of Honor for soldiers who participated in the 1890 Wounded Knee massacre on the Pine Ridge Indian Reservation in South Dakota.

Medals of Honor were given to 20 soldiers for participating in the massacre that killed an estimated 250 Native Americans, many of whom were women and children.

Sens. Elizabeth Warren of Massachusetts and Jeff Merkley of Oregon announced Wednesday they will sponsor the Remove the Stain Act. It was first introduced in the House by Democrats Denny Heck of Washington and Deb Haaland of New Mexico and Republican Paul Cook of California.

Republican Sen. Mike Rounds of South Dakota has said he does not support the effort because “we’re now guessing” about the roles of individual soldiers.