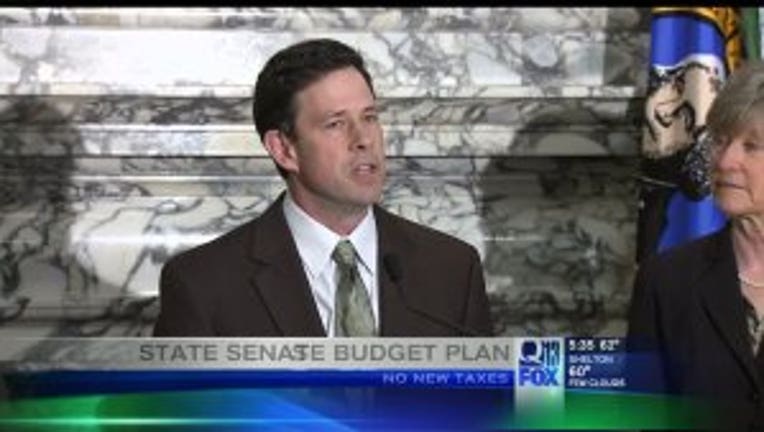 The vote was 30-18, with nine Democrats joining with 21 Republicans.

Republicans control the state Senate with the aid of two conservative Democrats.

The Democratic-controlled House is expected to unveil its budget plan next week.

Gov. Jay Inslee presented his proposed budget for the state last week and it is a very different blueprint from the Senate version – meaning a showdown is likely in the coming weeks to bring the two sides together before the legislative session ends April 28.

The plan from Senate leaders calls for $1 billion more for public schools to fulfill the state Supreme Court mandate. That’s lower than the governor’s proposed $1.2 billion.

But the big difference is that Inslee relies on new revenue, whereas the Senate budget holds the line on any new taxes.

Unlike the governor’s plan, the Senate’s proposed budget does not rely on closing tax loopholes for money and would let expire taxes on beer and professional services that are set to sunset in July.

To generate $1 billion in new money for public schools and another $1.2 billion to fill the state’s budget hole, the Senate plan relies on a number of savings.  Those include moving some government employees off the state’s health plan as they move to a federal exchange plan under the new national health care law, and a $180 million cut to child care and social services.

In a statement issued Friday night, Inslee said, “The vote today in the Senate produced a budget that would move our state in the wrong direction. The short-term and short-sighted budget tricks in this plan would hamper our economic recovery and do further damage to vital services for seniors and children. And, as key education leaders across the state have made clear, this budget would harm our ability to provide a quality education to our children.

“I was heartened by comments from some who voted for this budget that they recognize the significant problems with the Senate plan and see the value of my proposal for a responsible and sustainable budget. I will work with them in the coming days on a budget that rebuilds our economy, supports our children’s education and protects vital services.”