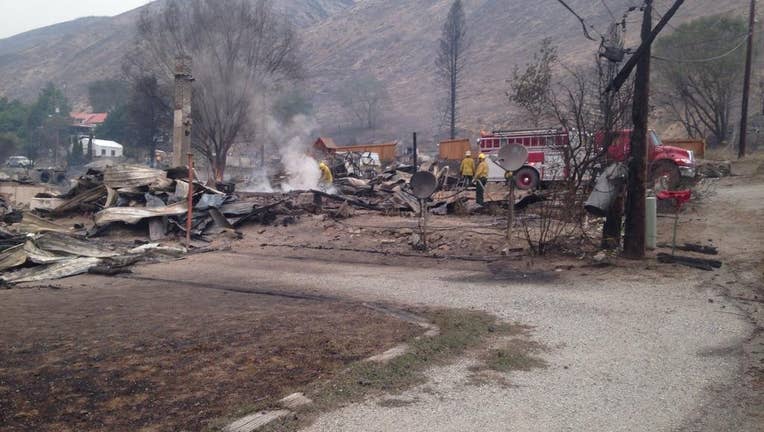 SPOKANE, Wash. - The state Senate has unanimously passed a bill to create a dedicated fund to prevent and fight wildfires in Washington.

The bill, promoted by Commissioner of Public Lands Hilary Franz, passed Friday in Olympia. House Bill 1168 now heads back to the House, which will accept or reject the changes made in the Senate. The 105-day legislative session is slated to adjourn April 25.

The state House of Representatives unanimously passed a bill to create a fund to support efforts in battling wildfires in Washington state. The bill now heads to the Senate.

"Washington is on the brink of breaking the cycle of inaction that has created our wildfire crisis," said Franz, who heads the Washington State Department of Natural Resources. "We are one step closer to protecting our communities, our forests and the air we breathe."

The bill follows a destructive 2020 fire season in Washington, during which over 1,250 square miles (3,238 square kilometers) burned in more than 1,600 fires and 298 homes were destroyed, including the near total destruction of the town of Malden. For two of the past three years, Washington has experienced the worst air quality in the world due to wildfires.

The bill proposes spending $75 million every two years to hire and train more firefighters, buy more airplanes and helicopters, improve leadership and improve fire detection systems. Franz noted that some of the 10 helicopters in the state’s firefighting fleet date to the Vietnam War, and have the bullet holes to prove it.

Franz also wants to spend $37 million to restore 1.25 million acres of forest lands to make them more resistant to wildfires.

Finally, her plan calls for spending $12 million to reduce fuels and create firebreaks that would prevent communities like Malden from being wiped out by fast-moving flames.