It would be the first measure to be signed into law by brand-new President Joe Biden.

The Senate sent the measure exempting Austin from the seven-year rule to Biden after a 69-27 Senate tally that came moments after a comparably lopsided 326-78 House vote. The back-to-back votes put Austin in position to be confirmed as secretary by Friday.

Sen. John Cornyn, R-Texas, confirmed that the confirmation vote on Austin would be conducted Friday.

Austin, a 41-year veteran of the Army, has promised to surround himself with qualified civilians and include them in policy decisions. He said he has spent nearly his entire life committed to the principle of civilian control over the military.

While the waiver is expected to be approved, the vote puts some Democrats in a position to look like they've flip-flopped. Many of them opposed a similar waiver in 2017 for Jim Mattis, former President Donald Trump's first secretary of defense.

Austin, who would be the first Black secretary of defense, said he understands why some have questioned the wisdom of putting a recently retired general in charge of the Defense Department. Much of his focus this week, including in his remarks at his Senate confirmation hearing on Tuesday, has been on persuading members of Congress that although he has been out of uniform for less than five years, he sees himself as a civilian, not a general.

Some aspects of his policy priorities are less clear. He emphasized on Tuesday that he will follow Biden’s lead in giving renewed attention to dealing with the coronavirus pandemic.

"I will quickly review the department’s contributions to coronavirus relief efforts, ensuring we are doing everything we can — and then some — to help distribute vaccines across the country and to vaccinate our troops and preserve readiness," he told the Senate Armed Services Committee.

Under questioning by senators, Austin pledged to address white supremacy and violent extremism in the ranks of the military — problems that received relatively little public attention from his immediate predecessor, Mark Esper. Austin promised to "rid our ranks of racists," and said he takes the problem personally.

"The Defense Department’s job is to keep America safe from our enemies," he said. "But we can’t do that if some of those enemies lie within our own ranks."

Austin said he will insist that the leaders of every military service know that extremist behavior in their ranks is unacceptable. 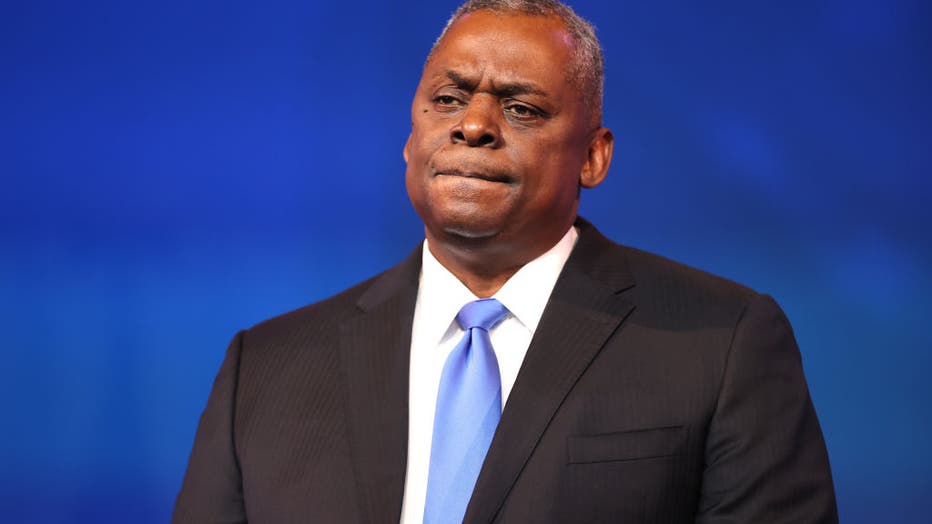 U.S. Army (retired) General Lloyd Austin speaks after being formally nominated to be Secretary of the Department of Defense by U.S. President-elect Joe Biden at the Queen Theatre on December 09, 2020 in Wilmington, Delaware.

"This is not something we can be passive on," he said. "This is something I think we have to be active on, and we have to lean into it and make sure that we’re doing the right things to create the right climate."

He offered glimpses of other policy priorities, indicating that he embraces the view among many in Congress that China is the "pacing challenge," or the leading national security problem for the U.S.

The Middle East was the main focus for Austin during much of his 41-year Army career, particularly when he reached senior officer ranks. He served several tours of duty as a commander in Iraq, including as the top commander in 2010-11.

An aspect of the defense secretary’s job that is unfamiliar to most who take the job is the far-flung and complex network of nuclear forces that are central to U.S. defense strategy. As a career Army officer, Austin had little reason to learn the intricacies of nuclear policy, since the Army has no nuclear weapons. He told his confirmation hearing that he would bone up on this topic before committing to any change in the nuclear policies set by the Trump administration, including its pursuit of nuclear modernization.

Austin, a 1975 graduate of the U.S. Military Academy at West Point, served in 2012 as the first Black vice chief of staff of the Army. A year later he assumed command of Central Command, where he fashioned and began implementing a strategy for rolling back the Islamic State militants in Iraq and Syria.

He describes himself as the son of a postal worker and a homemaker from Thomasville, Georgia, who will speak his mind to Congress and to Biden.