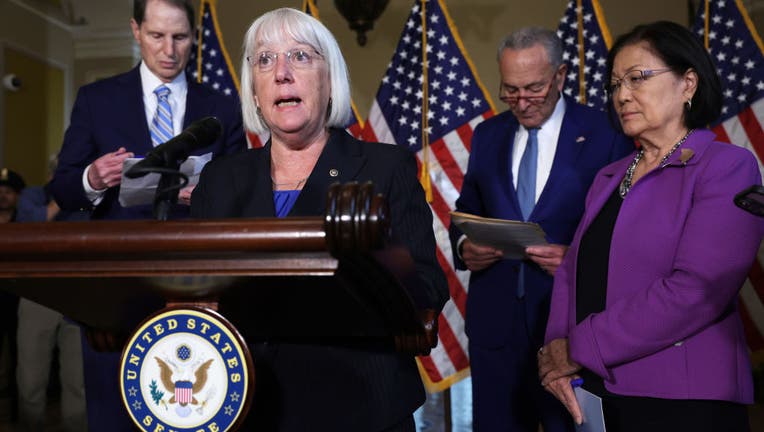 SEATTLE - U.S. Senator Patty Murray is expected to be the first woman to serve as Senate president pro tempore. The position would put her third in line for the presidency.

The position is third in line for the presidency after Vice President and House Speaker.

According to the Times, Senate Democrats will vote to confirm leadership the first week of December.

Murray was just elected to a sixth term, handily trumping challenger Tiffany Smiley in the general election. She earned 57% of the vote.

"I am honored to have earned the confidence of Leader Schumer and my colleagues to serve as President Pro Tempore. It’s not lost on me the significance of what it would mean to be the first woman to serve in this role. I have a great deal of respect for the Senate and the good I am able to accomplish for families in Washington state as a voice and vote for them," reads a statement from Murray. "I care deeply about the work we do here in Congress and how that work can help the friends and neighbors I grew up with and the constituents I represent—I look forward to the opportunity to serve our country in this position."

The Times reports that Murray will also likely chair the Appropriations Committee, which would give her immense power directing federal spending—including directing it to Washington state.

After her reelection, Murray said she would work to restore abortion rights, build the economy, cut prescription drug prices and "keep our democracy a democracy."