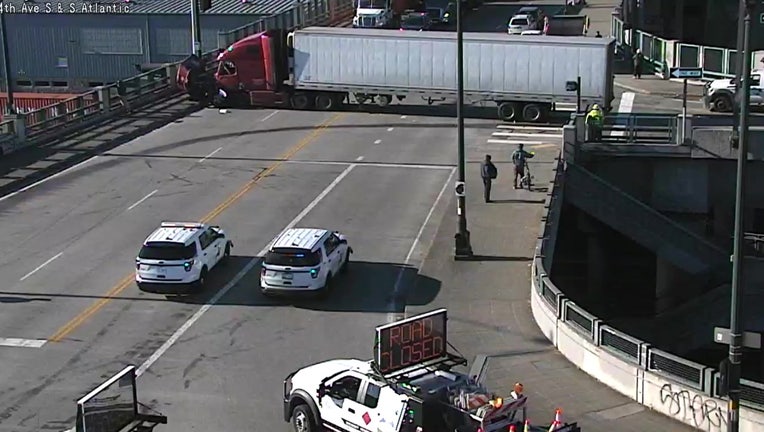 Surveillance photos from WSDOT shows the semi-truck was coming south from the I-5 off-ramp when it appeared to have crossed the intersection and struck the barrier.

Seattle Department of Transportation (SDOT) closed the road while they clear the truck and investigate.

By 1 p.m., all westbound lanes were open. The eastbound right lane remained blocked.

It is not yet known what caused the crash. Drivers are urged to find alternate routes.