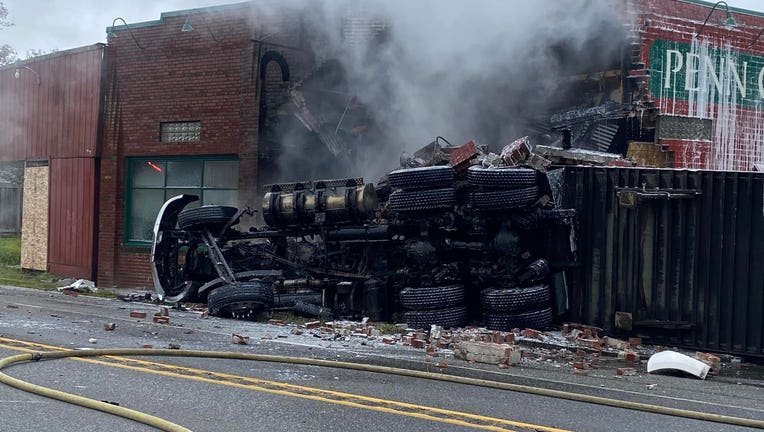 OAK HARBOR, Wash. - A portion of State Route 20 on Whidbey Island was fully blocked after a semi-truck overturned, crashed into a building and caught on fire, troopers said.

The crash happened after 9 a.m. on Power Road, between Oak Harbor and Coupeville.

Washington State Patrol Trooper Jacob Kennett said it’s not known if the semi or the building were occupied during the time of the crash.

The roadway is expected to be closed for an extended period, according to troopers.

A detour was in place around the incident at Zylstra Road and Arnold Road.