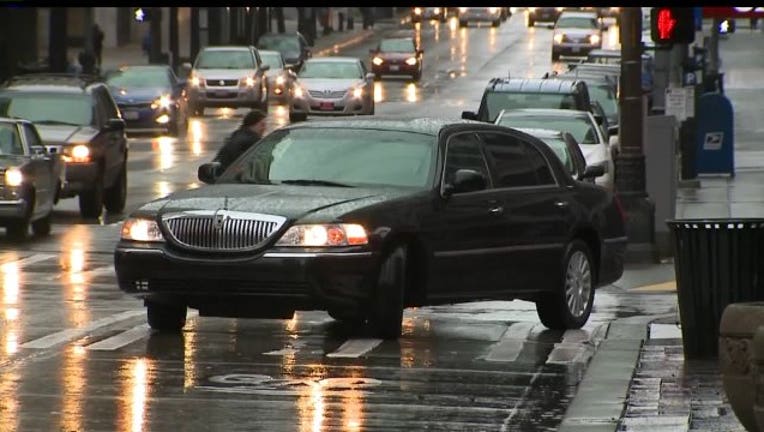 The Seattle City Council voted March 17 to place a cap of 150 rideshare vehicles on the road at any one time. (Photo: KCPQ-TV)

SEATTLE -- The Uber rideshare company says it will continue normal operations in the face of "scare tactics" meant to hamper routes and deter riders.

The protest was staged by a group of self-proclaimed anarchists calling themselves "Destroy Uber."

Steger reaffirmed the rideshare company's commitment to discussion in the face of recent objections in work practices and permitting. However, Steger said Uber workers did not appreciate Destroy Uber's tactics.

"There is no place for violence or scare tactics used against hard-working Seattleites in modern discourse," Steger said in response to the protests. "Tens of thousands of residents in Seattle have voided their support for the ridesharing economy and thousands more are benefiting, both as riders and drivers, from transportation competition and choice."

"Without the desire to escape produced by this sick capitalist society, Uber would be lacking in drunks to ferry home every night," a statement on Destroy Uber read.

The website encouraged protests against Uber, and hinted at a planned protest as May Day -- a holiday to celebrate International Worker's Day -- nears.

"We haven't even started messing with Uber," the Destroy Uber website read.

Uber Seattle said their "door is always open" should Destroy Uber's protesters decide for discussion in a more typical manner.

"We are proud of what we have built in Seattle and will continue to provide safe affordable and reliable transportation options," Steger said.