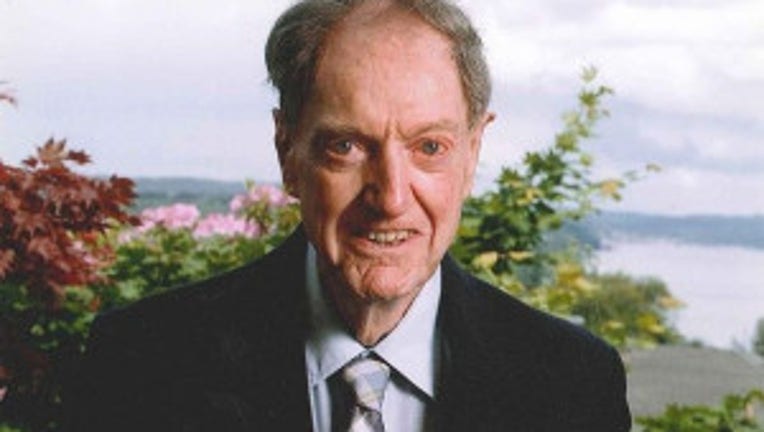 SEATTLE -- During his lifetime, Jack MacDonald was known to wear threadbare shirts and clip coupons out of a coupon book for use at the grocery store.

But MacDonald, who died in September at the age 98, had a secret fortune little knew about. Now, two months after his death he has given the Seattle Children's Research Institute the largest charitable gift in the hospital's history.

MacDonald split his $187.6 million trust between Seattle Children's, the Salvation Army and the University of Washington School of Law.

MacDonald used money he inherited from his parents and money he made as an attorney for Veterans Affairs in Seattle to invest in the stock market over his 98-year lifespan. But only a few close friends new of his fortune, the Seattle Times reported, and he purposefully wore tattered shirts and old clothes because he didn't want people to know he was a rich man who planned to give millions to local charities his family supported.

"Our family has lived with the 'secret' of Jack's generous fortune for more than 40 years," MacDonald's stepdaughter, Regen Dennis said. "He was quirky and eccentric in many ways, and always stayed true to himself by acting on his convictions to do the most good with his wealth."

Children's will receive income from $75.04 million of the trust. The Unversity of Washington also received its largest donation from MacDonald, getting over $56 million from the trust.

Forty percent of the trust will go to support pediatric research in the name of MacDonald's mother, Katherine. The Salvation Army Northwest Division also received a sizable donation in the name of his father.