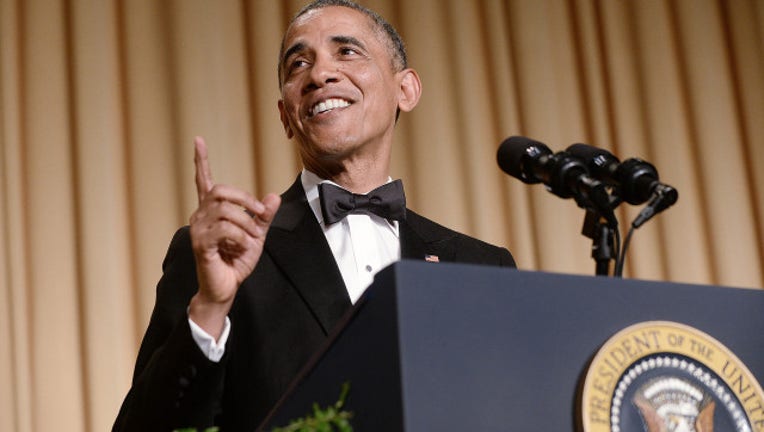 US President Barack Obama speaks at the annual White House Correspondent's Association Gala at the Washington Hilton hotel May 3, 2014 in Washington, DC.

WASHINGTON -- On Saturday night, President Obama took to the stage to give his annual White House Correspondents Dinner speech.

He took the chance -- a rare oppurtunity for the President to joke at his expense and others' -- to channel Seahawks cornerback Richard Sherman.

"Sometimes I feel disrespected by you reporters," the President joked to a room full of press. "But that's OK... Richard Sherman is here tonight, and he gave me some great tips on how to handle it."

Obama then launched into his best Sherman impression, mimicking the start cornerback's notorious speech following the NFC Championship Game. He told Jake Tapper, a CNN White House correspondant, "don't you ever talk about me like that."

Obama then asked Sherman -- who was in the audience -- if his impression was good enough. Sherman laughed and seemed to appreciate the attention.