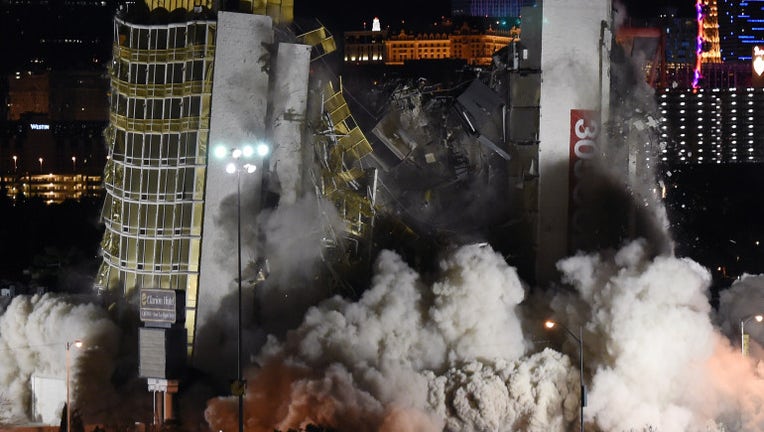 LAS VEGAS, NV - FEBRUARY 10: The Clarion Hotel and Casino is imploded on February 10, 2015 in Las Vegas, Nevada. It is the first casino implosion in Las Vegas since the New Frontier Hotel & Casino was brought down in 2007. The 12-story Clarion, l

Now workers hope a crane and cables can finish the job.

Clarion hotel-casino site owner Lorenzo Doumani says that with no wrecking balls around, demolition crews are wrapping cables around the tilting structure and hope to pull it down.

Doumani says the goal is to have the job completed by the end of the day.

He still has a sense of humor about the not-so-perfect implosion just east of the Las Vegas Strip. He notes the implosion was the 13th in Las Vegas since 1993.

Doumani says don't expect any happenings on the site on any future Friday the 13th.