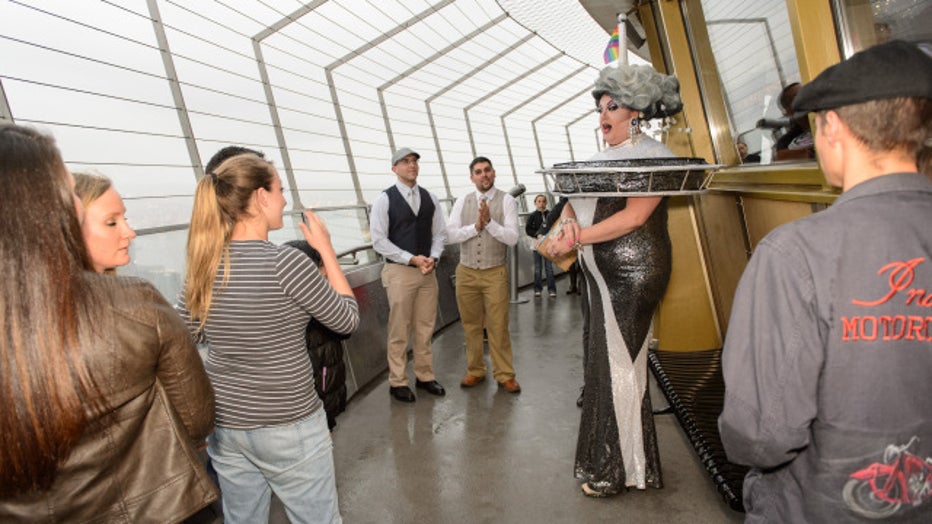 Dustin Stersic married his partner Andrew Malone in a ceremony performed on the Observation Deck of the Space Needle.

The ceremony was held on Saturday during a cloudy sunset in front of about 40 - 50 people, and all of them took the time to shake hands with the newlyweds.

Both Andrew and Dustin are active servicemen based in Tokyo, Japan.

The couple is on leave and decided Seattle was the best place for them to tie the knot -- even though they've never been here before.

Brian Daniel Peters was the officiant and planner of the event.