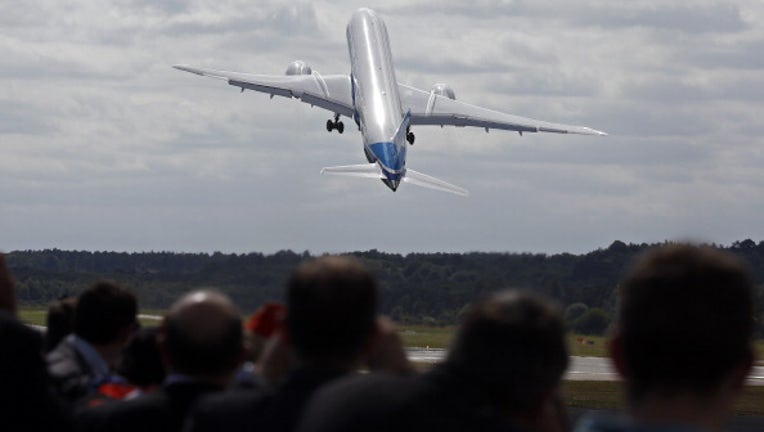 A Boeing 787-9 Dreamliner aircraft, produced by Boeing Co., performs in an aerial flying display on the first day of the Farnborough International Airshow in Farnborough, U.K., on Monday, July 14, 2014. (Credit: Simon Dawson/Bloomberg via Getty Image

Now, the company is pushing the plane to its limits at the Farnborough Air show near London.

A six-minute video shows the demonstration flight. The plane had a light load and was able to show off some extreme maneuvers including a steep takeoff and high-bank turns very low to the ground.

As passengers, we're just happy we won't have to experience any of these maneuvers first-hand.

Boeing hopes to show the flexibility of the aircraft as the company competes with rival Airbus who is also at the air show.

Video from the air show (see the touch-and-go landing at 4:10)