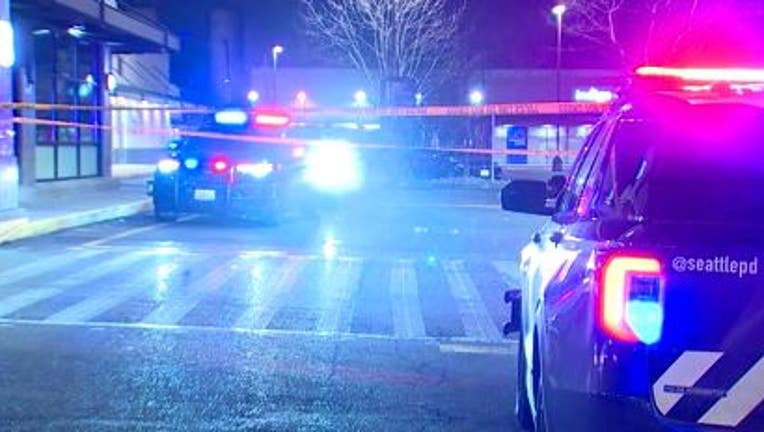 SEATTLE - A security guard was injured Monday night after he was shot outside a grocery store in South Seattle.

At about 11 p.m., officers responded to a report of a shooting in the 3800 block of Rainier Avenue South.

When police arrived, they found the security guard with gunshot wounds to his legs. He was taken to Harborview Medical Center with non-life-threatening injuries.

Witnesses told police the victim had kicked people out of the store earlier in the day for shoplifting.

Investigators said during the earlier incident, one of the suspected shoplifters reportedly punched and spit on the security guard.

During the evening, the group went back to the store and they were armed with a large stick and a gun and confronted the guard.

Police said the guard and group fought and someone from the group shot the guard. The group fled the scene.

The suspects have not been located.

Anyone with information is asked to call the Seattle Police Department’s violent crimes tip line at 206-233-5000.