SEATTLE -- A security breach at Sea-Tac International Airport Tuesday night prompted the evacuation of two concourses and led to a backup of up to 1,500 passengers who had to be re-screened.

The B and C concourses were evacuated after, according to a TSA officer, an unauthorized person got past security. An airport spokesman later said the man walked past security by mistake.

At about 7:30 p.m., "an individual went through an exit lane and entered the sterile area of Seattle-Tacoma International Airport," a TSA statement said. "TSA officials and members of the Port of Seattle Police Department immediately began a search for the individual and located him just prior to 9 p.m.

"Security and law enforcement authorities evacuated portions of the airport terminal, requiring passengers to be re-screened.  Normal security checkpoint operations resumed at approximately 9:20 p.m.   The circumstances surrounding this incident are under review," the statement said. 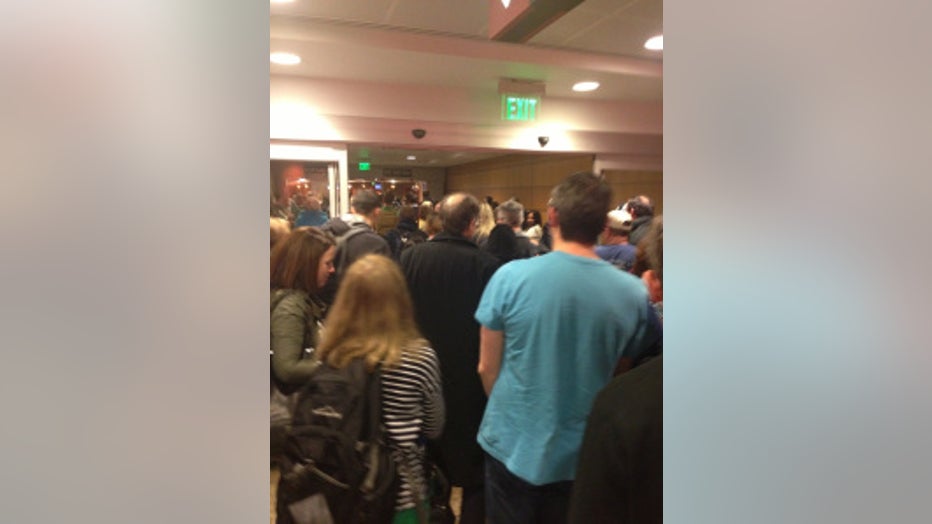 About 1,000 to 1,500 passengers had to be re-screened, airport spokesman Perry Cooper said. That led to a huge passenger backup at the airport.

"Most airlines are doing their best to accommodate passengers," Cooper said.

The Port of Seattle issued this statement: "A breach in the central terminal at Sea-Tac Airport caused concourses B & C to be evacuated. all passengers were re-screened. Issues resolved."