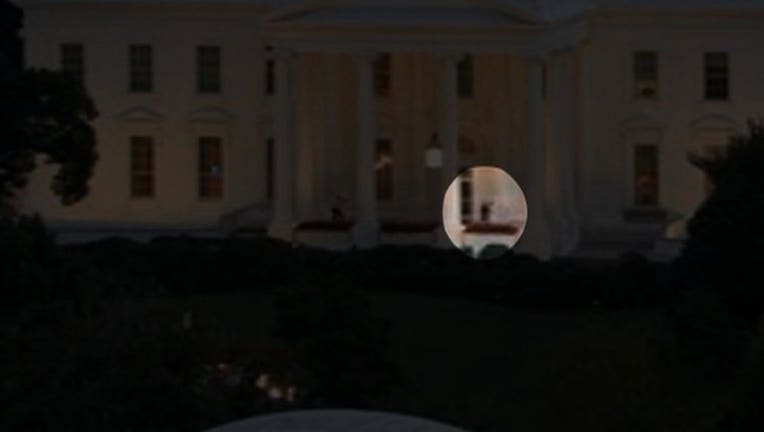 Secret Service said Omar Gonzalez hopped the north fence of the White House and sprinted just past the north portico doors where he was stopped. Gonzalez had a Spyderco VG-10 folding knife on her person when he was arrested. This image showing Gonzal

WASHINGTON (CNN) -- The U.S. Secret Service is planning to boost its presence and its surveillance measures around the White House on Monday after an Iraq war veteran, who is apparently suffering from PTSD, jumped over a White House fence.

Officers patrolling the area will be out in greater numbers and will be "looking for individuals who don't look like tourists," a federal law enforcement officer told CNN.

Two security incidents in two days have raised concerns about the safety at 1600 Pennsylvania Ave.

Gonzalez carried a Spyderco VG-10 folding knife with a 3-and-a-half inch serrated blade in his pants pocket, according to an affidavit.

A Secret Service officer said he yelled at the intruder to stop. Gonzalez told a Secret Service agent "that he was concerned that the atmosphere was collapsing and needed to get the information to the President of the United States so that he could get the word out to the people," according to the affidavit.

President Barack Obama and his family were not at home at the time.

Gonzalez did three tours in Iraq and is a "great, great guy," his ex-stepson Jerry S. Murphy said. He said the knife that was found in Gonzalez's pocket was a weapon the veteran routinely carried.

He said he last spoke to Gonzalez around the time of the split but knows that Gonzalez was seeing a therapist on base at Fort Hood in Texas. Murphy said his former stepfather was diagnosed with PTSD and paranoia, and his base psychiatrist had prescribed medication for both conditions.

Murphy views Gonzalez as a "hero" who took great pride in serving his country.

But after each deployment, Gonzalez's mental state seemed to deteriorate, Murphy said.

Gonzalez is accused of unlawfully entering a restricted building or grounds while carrying a deadly or dangerous weapon, officials said. He is set to appear in court Monday.

Minutes before Gonzalez jumped the fence, the President and his daughters left the South Lawn by helicopter. It is not clear where First Lady Michelle Obama was, but officials tell CNN that the family was staying at Camp David, Maryland, for the weekend.

In the second security incident over the weekend, Kevin Carr is accused of driving up to a security barrier Saturday and trying to walk to and enter the White House.

Carr, of Shamong, New Jersey, was arrested and charged with unlawful entry, Leary told CNN. Records show Carr was born in 1995, making him about 19 years old.

According to Leary, the incident happened at the entrance at 15th and E streets, where the driver did not stop when the Secret Service ordered him to do so.

The man's car did not hit the barriers at the entrance, and the driver got out of his vehicle. Carr was arrested after he refused to leave, Leary said.

The Obamas were not at home at the time of the second incident either.

The Secret Service said Gonzalez should have been stopped faster and are investigating personnel and reviewing security policies and procedures.

Rep. Peter King, R-New York, demanded a full investigation and called for a congressional hearing to ensure that changes are made.

"There can be a lot of conspiracies against a President. A lot of very complex assassination plots," King said on Fox News. "This is the most basic, the most simple type of procedure and how anyone, especially in these days of ISIS, and we're concerned about terrorist attacks, someone could actually get into the White House without being stopped is inexcusable."

In a statement from White House on Saturday night, spokesman Frank Benenati said the President expressed his support for the Secret Service.

"The President has full confidence in the Secret Service and is grateful to the men and women who day in and day out protect himself, his family and the White House," the statement read.

"The Secret Service is in the process of conducting a thorough review of the event on Friday evening, and we are certain it will be done with the same professionalism and commitment to duty that we and the American people expect from the USSS."