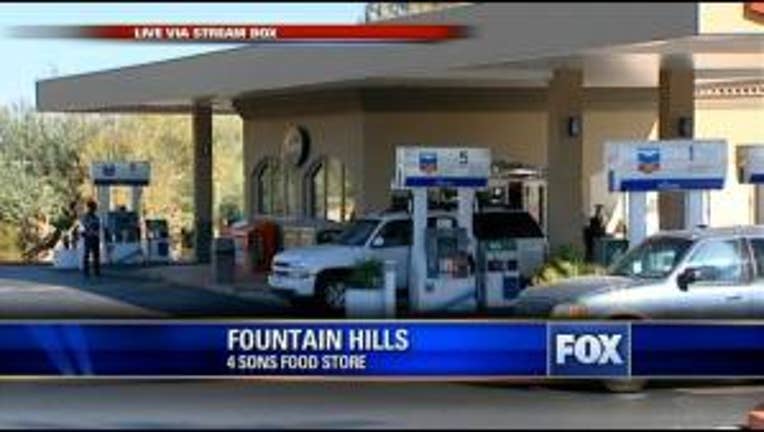 PHOENIX -- The second winner of the record Powerball lottery handed a clerk a $20 bill on the day of the draw and asked for "$10 in quick pick Powerball tickets." The clerk encouraged him to spend all $20, but the man in Fountain Hills, Ariz., refused.

“But clearly, that was enough,” Karen Bach of the Arizona Lottery said at a news conference Friday.

Officials sketched a broad outline of the man who purchased the second winning ticket at the 4 Sons Food Store for the $587.5-million jackpot, but did not reveal his identity.

Bach said the man, who is in his 30s, and his wife moved to Arizona from Pennsylvania about a year ago. “He said he used to play Powerball on a regular basis in Pennsylvania and in Arizona he has only played twice,” she said.

The man didn’t realize he won until the day after the Nov. 28 drawing. He left the ticket in his car and went to retrieve it after he learned there was a winner in Arizona, Bach said.

Officials said the couple went through a variety of emotions after discovering they held the winning ticket: First, disbelief. Next, concern that something could happen to the ticket before they could claim the prize. Finally, a realization of what the money would mean for them, their extended family and the larger community.

The man, whom officials described as having a regular job, chose the lump-sum cash option, which equates to $192 million. If the man decided to receive the money in payments over 30 years, his total payout would have been about $294 million.

The $587.5-million jackpot -- a record for the game and the second-largest lottery jackpot in U.S. history -- had a second winner: a mechanic and his wife, Mark and Cindy Hill, of Dearborn, Mo. They chose the immediate cash payout as well.

Jeff Hatch-Miller, executive director of the Arizona Lottery, said the man expressed a desire to keep working and retain his old lifestyle, at least as it relates to his anonymity.

But Hatch-Miller said: “He realizes this win will change that.”

"It is difficult to express just how thankful we are for this wonderful gift," said the winner in a written statement. "We are extremely grateful and feel fortunate to now have an increased ability to support our charities and causes. Obviously, this has been incredibly overwhelming, and we have always cherished our privacy."

The winner lives in Fountain Hills, a wealthy section northeast of Phoenix,.