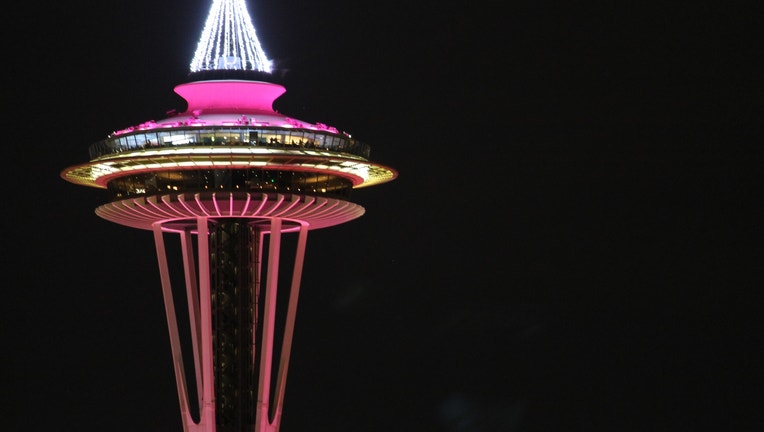 SEATTLE (AP) — A fireworks crew worked in near-freezing temperatures under a blue sky Tuesday setting pyrotechnics on the Space Needle for the New Year's Eve show at the Seattle Center.

T-Mobile is sponsoring the eight-minute midnight show set to music.

Fireworks set up on Space Needle for New Year`s show

Fireworks set up on Space Needle for New Year`s show

New Year's Eve parties are being held at the observation deck and the SkyCity restaurant on the 605-foot landmark of the 1962 World's Fair.

Organizers expect 20,000 people will ring in the new year on the Seattle Center grounds with 400,000 more watching the fireworks from surrounding neighborhoods and another half-million tuning in from home.