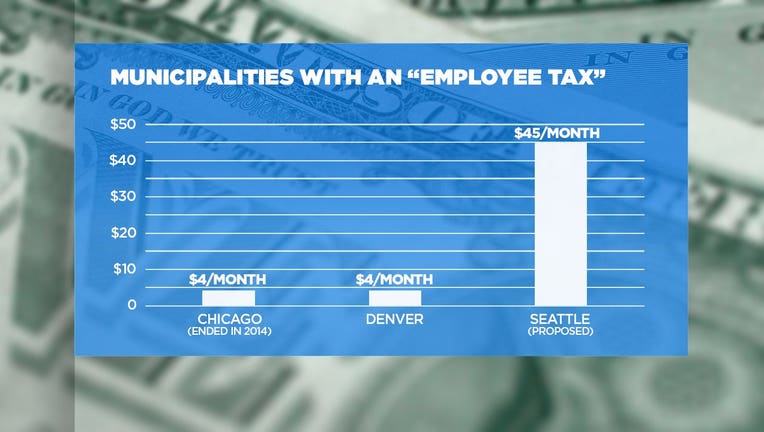 SEATTLE -- If Seattle’s proposed “Progressive Tax on Business” is implemented, it would be the highest “head tax” in the country by far, according to the nonpartisan group the Tax Foundation.

“Seattle is looking at $500 per full-time job or for part-time .26 cents per hour,” said Jared Walczak, senior policy analyst at the Tax Foundation. “No one has ever come close to that.”

Although, Denver’s tax does not exclude smaller businesses. Seattle’s does, making any business grossing less than $20 million per year exempt.

Chicago used to have a “head tax” of about $4 per employee per month, but in 2014, at the urging of Mayor Rahm Emanuel, the city eliminated the tax. 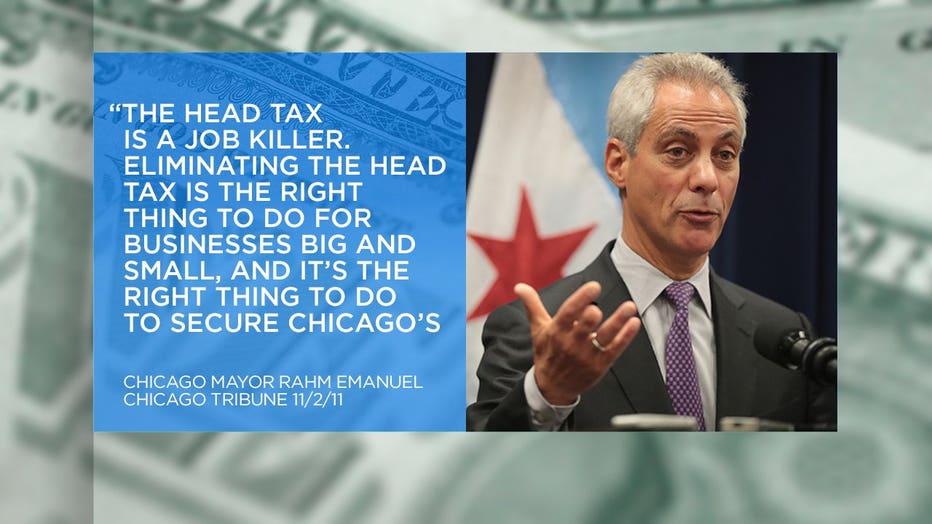 Again, Chicago’s “head tax” was much smaller than what Seattle is proposing. Seattle’s proposal is getting national media attention from publications like The New York Times and Bloomberg.

Walczak says that’s because the tax is so “peculiar.”

“Whatever you tax you get less of, so it's very rare to see a tax directly on creating and maintaining jobs and especially when you make it this high,” said Walczak.

Walczak also pointed out that if the tax passes, Seattle would be the only city in the country with both an “employee tax” and a Business and Occupation (B&O) tax.

Jeff Shulman, a University of Washington associate professor of marketing, says the unique business tax structure is because the city of Seattle has limited tax options.

Walczak sees it a bit differently.

“Very few cities have the ability to impose one major business tax. Seattle is proposing a second one literally on creating jobs,” said Walczak.

Seattle used to have an “employee tax” but at a much smaller scale, about $25 per employee per year. That tax was phased out by 2010. 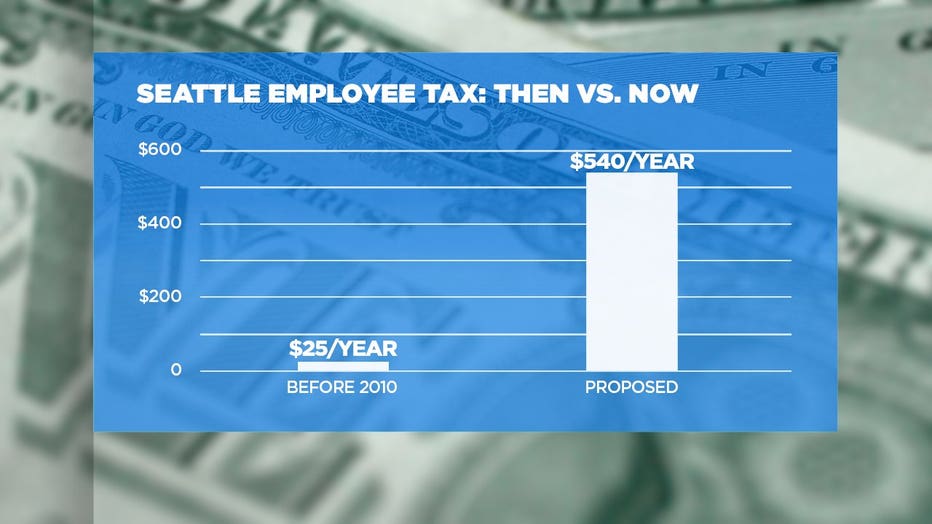 If the “Progressive Tax on Business” passes, Seattle will not be the only city in Washington state with an “employee hours” tax. Several cities tax employee hours, including Redmond, Kirkland, Tukwila, and Bothell. But Seattle’s proposal dwarfs its neighbors.

Walczak fears that if the high tax Seattle is proposing is implemented, jobs will leave the city of Seattle.

“This is short-sighted. Certainly Seattle is looking for additional revenue, but the approach that they’re taking discourages jobs from being located in the city,” said Walczak. “There are a lot of really mobile jobs in Seattle they’ll go to Bellevue or they can leave the state entirely.”

Shulman paints a broader picture. He says a company’s decision to hire in a city isn’t just about taxes.

“It’s an attractive place to live, and employers want to be where people want to live,” said Shulman.

However, he did raise concern that if a big employer like Amazon decides to relocate employees, it could have a ripple effect in the business community.

“If Amazon leaves, this could become an unfriendly business environment, and they could bring a lot of employers with them,” said Shulman.