SEATTLE -- One of Seattle's best-known landmarks -- the salmon-tossing stand at Pike Place Market -- has been sold to four longtime employees.

John Yokoyama, 78, has owned the Pike Place Fish Market since 1965.

But as the Seattle Times reported Friday, after 53 years of 12-hour workdays, Yokoyama is ready to pass it on to four longtime employees who helped him make it a success.

Yokoyama started the fish-tossing tradition when he realized it would save him close to 100 steps that he would have to walk to serve customers out front.  It quickly became a popular attraction for the public and tourists.

The four employees who have been tossing fish for decades plan to continue the tradition. 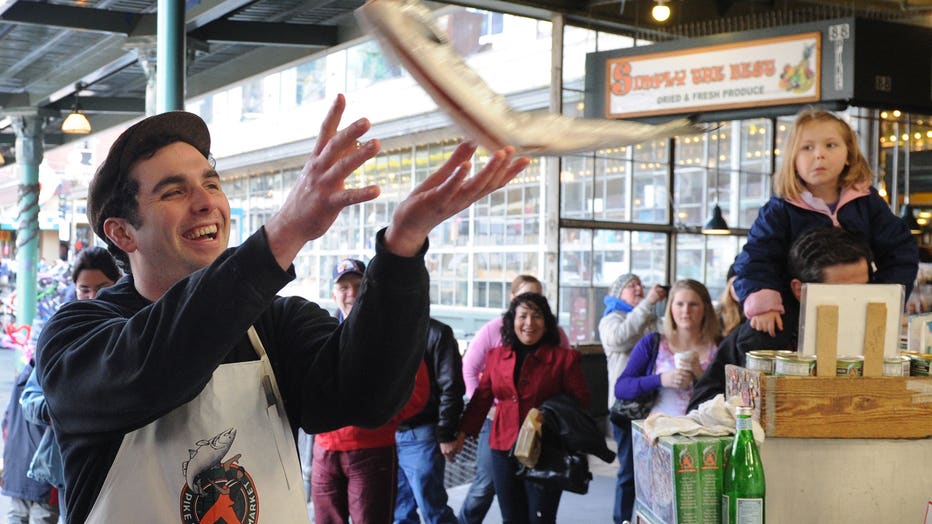