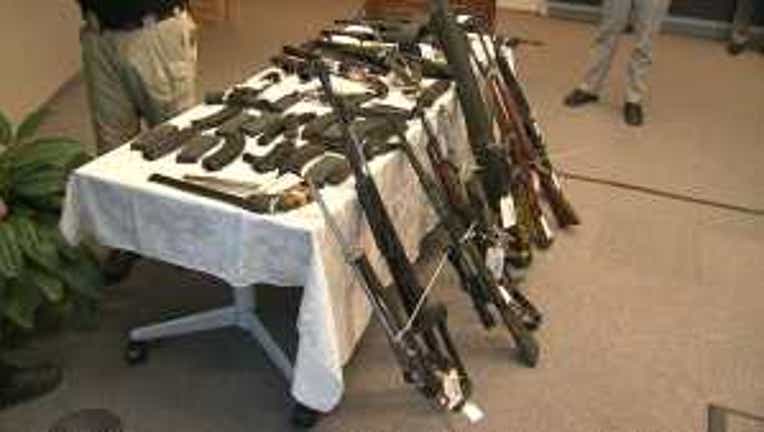 Police recovered 716 guns and 600 pounds of unused ammunition in just over three hours. Monday, officers displayed many of the weapons.  Among them was a missile launcher tube, semi-automatic "street sweeper" shotguns and a homemade assault rifle.

King County Executive, Dow Constantine said, "If we can prevent just one child, one innocent bystander from being the victim of an accident or a person whose anger has boiled over, it will be well worth our time and effort.”

Despite the huge community response, critics continue to take aim at these events, arguing they're little more than a publicity stunt.

Alan Gottlieb, who is with the Second Amendment Foundation, said, “The people turning the guns in are people getting their money for it, or their gift card, would have never misused the gun anyway. There's no correlation between the safety on the streets and gun buybacks.”

Gottlieb also pointed out that many of the guns turned in were in poor condition. But King County Sheriff John Urquhart said that's not the point.

"I don't care if a gun is old or new, it's just as deadly,” Urquhart said. “The point is to get it out of people's closets and underneath their bed, between the mattress, out of the attic and get it turned in when people don't want guns anymore. I think that's absolutely critical.”

One unexpected byproduct of the Saturday event was that private buyers were hanging around outside and offering cash for some of the weapons intended for the buyback.  That got under Seattle Mayor Mike Mcginn's skin.

"You got to see exactly what it means when we say there's an unregulated gun market in the city of Seattle,” McGinn said. “It was absolutely crazy what we saw out there."