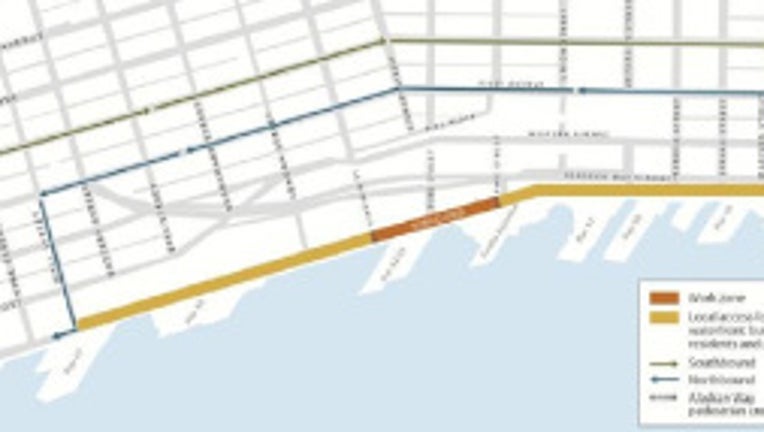 SEATTLE -- The Seattle Department of Transportation will close all lanes of Alaskan Way between Virginia and Pike streets beginning at 7 p.m. Friday, April 26th through 5 a.m. Monday, April 29th. The closure is part of continuing work on the Elliott Bay Seawall Project.

SDOT said the closure will help the project safely and efficiently complete early road construction work, and relocate critical utilities in preparation for the city's seawall construction beginning in fall 2013. According to SDOT, the most disruptive early work will be completed before Memorial Day weekend.

Detours around the project will be posted for drivers and will utilize First and Second avenues through Downtown Seattle.

There will be local access to residences, businesses and parking areas, including access to sidewalks for pedestrians adjacent to work zones.

The Elliott Bay Seawall Project will replace the existing seawall. The project is expected to be complete in spring 2016.