SEATTLE -- On an average day, young homeless people can be found cleaning the area outside the YouthCare shelter at the Orion Center, doing their part to give back to a place that has given them so much.

Teenager Michael Mansfield is working on his education.

"I've been taking the GED math camp. With the math camp, I've been able to pass the math part of the GED,” Mansfield said. 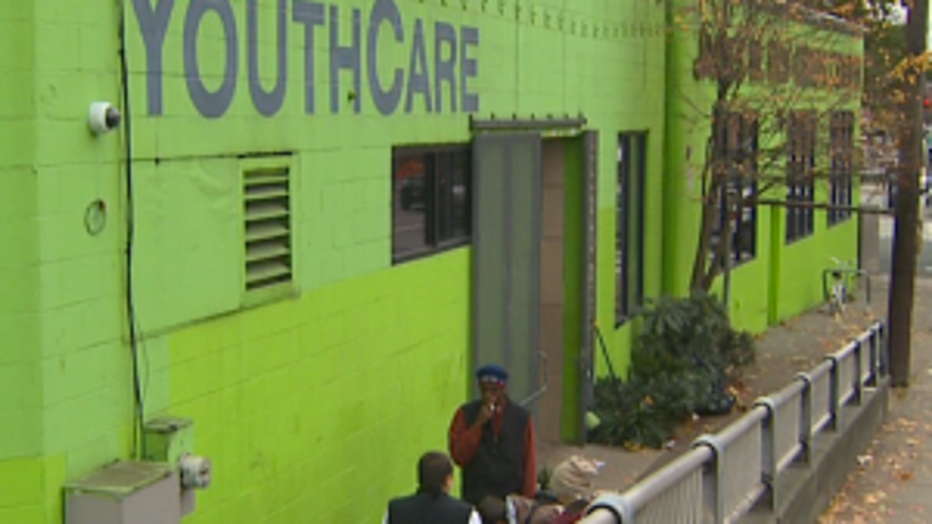 Laden Blea-Kugler is getting help putting his life back together.

And like so many others, YouthCare offered, Nemo, as his friends call him, a place to stay when he had no place to go.

"A place to get out from the street, a place that when it gets cold we don't have to sleep underneath a bridge. This place is like all my family. We all stick together,” Nemo said.

But YouthCare's shelter is in jeopardy.

Funding has all but dried up, and the process of shutting YouthCare down is under way.

Its loss will leave a void that will be hard to fill.

YouthCare currently provides 26% of all safe beds available specifically for kids and young adults in Seattle and King County.

"We have about 100 percent occupancy every single night.  We are turning homeless youth away,” YouthCare Director of Program Services Hedda McLendon said Thursday.

In December, she said, a $250,000 grant from the Seattle-based Raynier Institute & Foundation will sunset and so far efforts to replace the grant have been unsuccessful.

"If youth don't have a place to stay at night, what ends up happening is they become sexually exploited. They end up selling themselves for basic survival needs, and what our shelter provides them is a safe place,” McLendon said.

With that in mind, in walks Seattle City Council President Sally Clark.

She is leading an effort to restore funding for YouthCare with cash from the city's budget.

She believes keeping YouthCare open is good for the young people but also for all of downtown.

"If we want people to be safe, if we want to see conditions at places like Westlake Park to change, we've got to provide alternatives.  I'm hopeful that we will recognize that and have enough money to move around in the city's budget that we can plug the hole, keep these beds whole for at least 2014 and then figure out a longer-range plan,” Clark said.

Clark’s plan is to secure $130,000 from the city’s budget and she’s talking with the King County Council about kicking in $120,000, and the hope is the public will contribute, too, because, as Clark said, saving this youth shelter is good for the entire community.