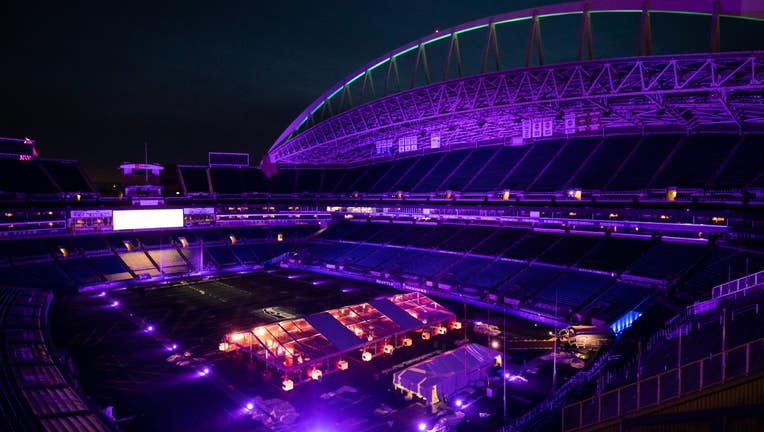 For a limited time, foodies can score a socially distanced, outdoor meal at the home of the city’s NFL team, the Seahawks.

The "Field to Table" dining series kicked off this month at Lumen Field, offering upscale eats, plus a view of the stadium normally reserved for players and coaches.

It’s not cheap though: The cost is $100 per person, plus tax and a service charge. Beverages are also extra.

What’s included? Arrival through the same Seahawks-logo steel tunnel used by the team on game day, a seat under an open-sided tent on the field near the north end zone, and a four-course meal served up by a rotating roster of local chefs. 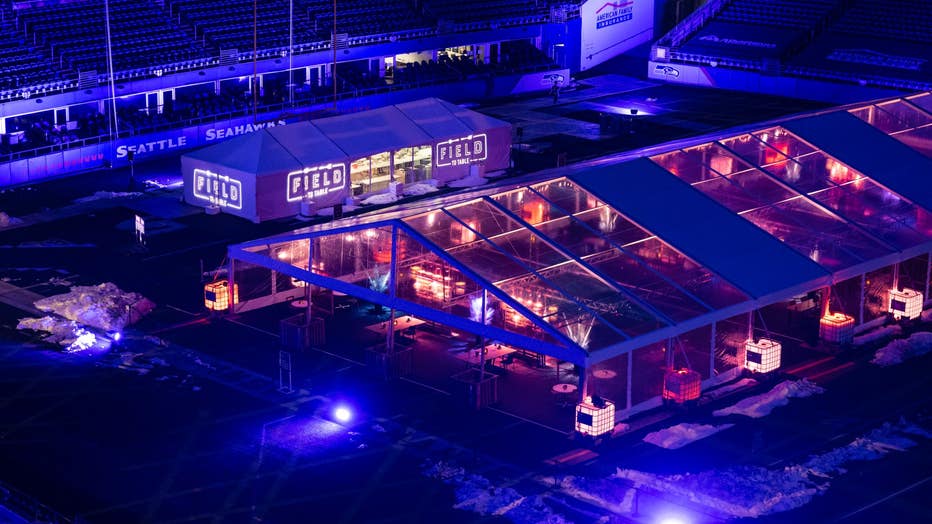 Event producer Sam Minkoff says he believes the dining series is the first of its kind in the U.S.

And people are eating it up.

All the original dates quickly sold out, but Minkoff noted additional reservations will be available soon. He said his company, SE Productions, was able to book two weeks of overtime, extending the event through March.

Field to Table meals are prepared in the stadium kitchen and an adjoining warming tent. There are two seatings per evening, accommodating about 100 people each, as night falls and the stadium is transformed by the glow of purple and green lights. 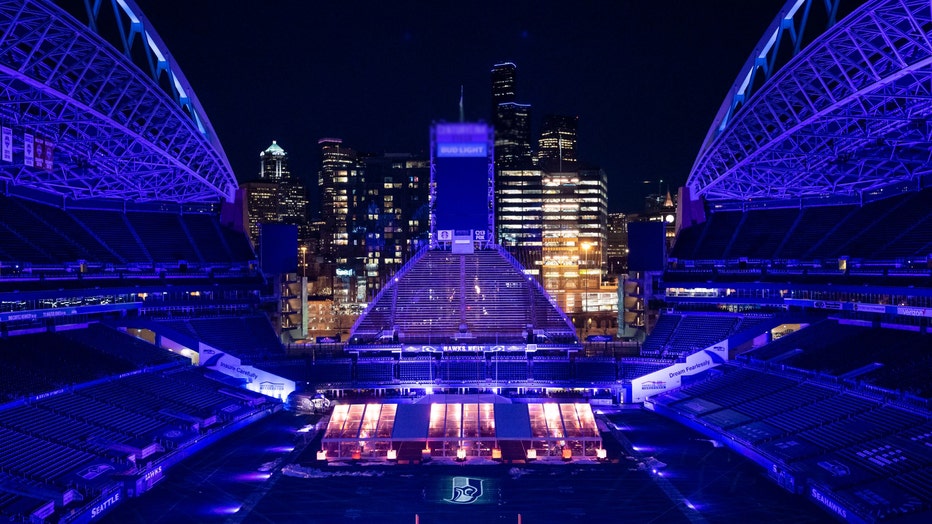 Among the diners on the event’s first night were Tom and Debbie Gallagher, who were celebrating their 45th wedding anniversary.

The Seattle couple — season ticketholders for more than 15 years — snapped selfies and sampled courses that included seared diver scallops and grilled, slow braised beef short ribs. Tom wore a #59 jersey from linebacker Julian Peterson, who played for the Seahawks from 2006 to 2008, and both donned Santa hats and protective masks in team colors.

A portion of the proceeds go to the nonprofit Big Table, which helps struggling restaurant and hospitality workers. Seattle area eateries recently resumed reduced-capacity indoor seating after being restricted to takeout or limited outdoor seating.

Minkoff is a veteran of producing events for thousands of people in cities across the U.S., but Field To Table is his first in-person event since the pandemic started.

He has been able keep his business alive with virtual cooking and crafting classes for customers at home.

But Minkoff said with the Lumen Field dining series, "we find ourselves back to doing what we love: bringing people together through shared experiences." 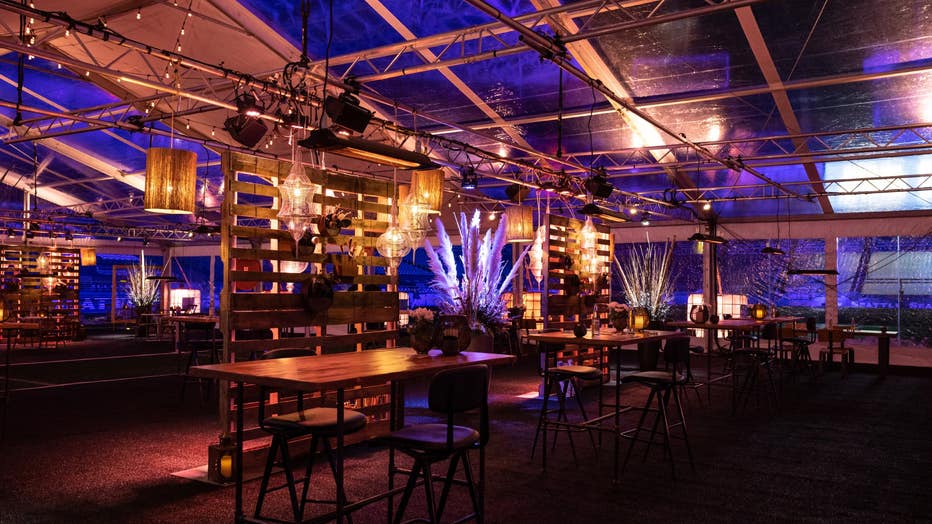