SEATTLE -- A local couple with a fairy-tale wedding proposal is talking about it for the first time.

The moment Cristina Acuna said yes to Tyler Doyle was caught on camera, but they didn't know it at the time.

The picture was taken by a tourist at Kerry Park on Valentine's Day. After the story was shared hundreds of times on the Q13 FOX News Facebook page, the couple came forward!

"I had no idea what he was doing but I was just like 'okay he's acting so weird whatever,' so we put the stuff in the car and he's like 'let's go to this side of the park,' and I'm like 'the view's the same everywhere you go, but whatever!'" she said.

Tyler talked about the view and worked up his courage.

"Oh the biggest relief ever!" Tyler said. "I was on cloud nine as well, and that's when that picture was taken and, that's when we kissed. Now we're happy and ready to next step."

Neither one of them realized anyone was watching -- much less taking a picture.

Now, the couple has a copy of the once-in-a-lifetime moment from the photographer. 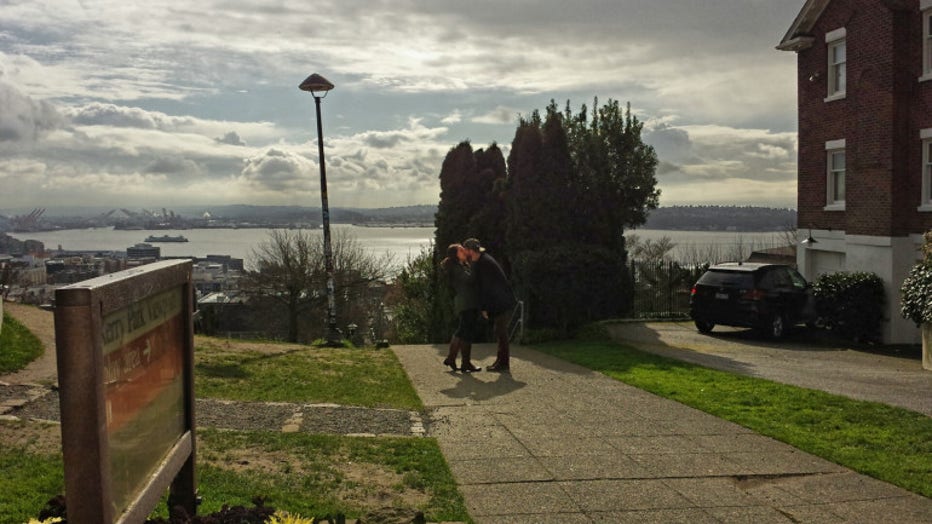